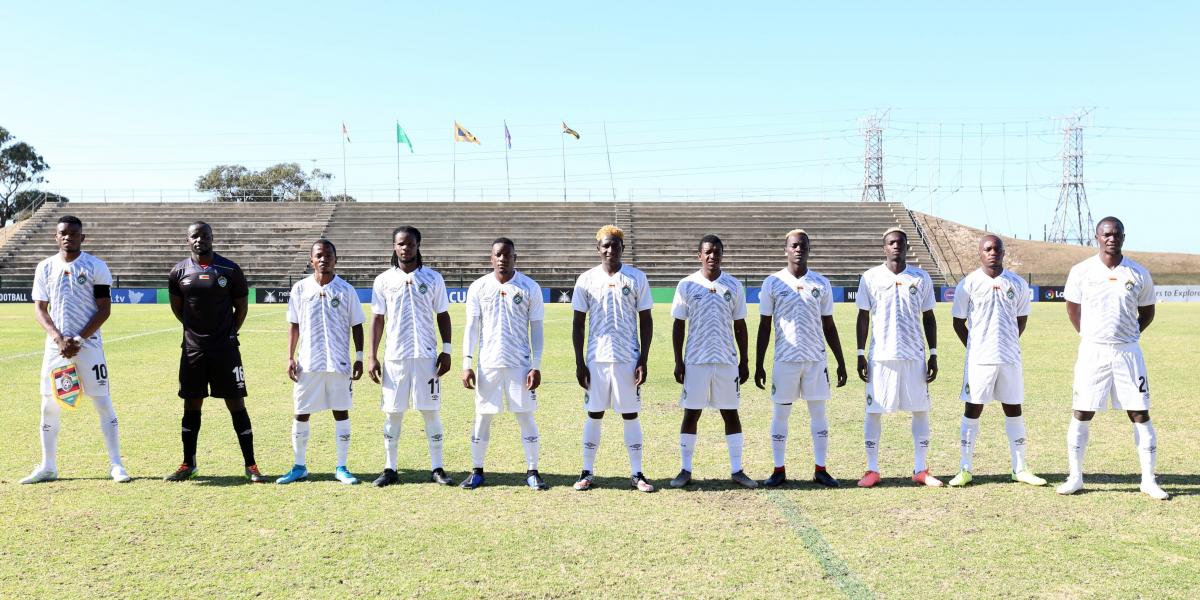 Zimbabwe were held to a drab goalless draw by Mozambique in the opening Group B match at the 2021 COSAFA Cup played in Port Elizabeth, South Africa on Wednesday afternoon.

The Warriors failed to create meaningful chances throughout the game, and the few half-chances that fell on their way were squandered.

On the other end, goalkeeper Washington Arubi was kept busy and had to make some vital saves to keep his side in the game.

Arubi, who was playing his first match for the national team in six years, thwarted an Abel Nhantumbo hit from range in the first minute, and again tipped over the crossbar a point-blank header from Estêvão Novela in the 8th minute.

Zimbabwe only started to come alive later on towards the half-hour mark with both Farai Matare and Ovidy Karuru coming close to goal.

However, it were the Mambas who were making huge efforts to get the best from their attacks going into the break.

The second half had a slow start from both ends, and the goalmouth incidents remained few and far between.

However, it was until the 78th when the Mambas got the ball into the back of the net. Unfortunately, the effort was ruled for an offside.

A few moments later, an unmarked Delic Murimba had a big chance falling on his way inside the box at the other end but missed his hit on the ball.

The game ended goalless with Zimbabwe holding on to their bragging rights of having never lost to Mozambique at COSAFA Cup tournaments.