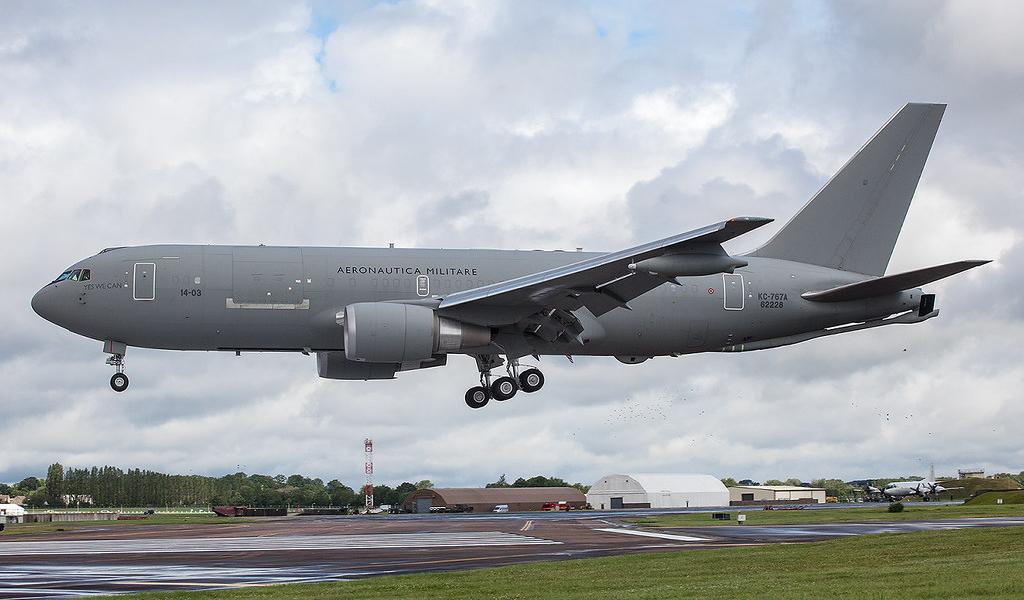 This Boeing 767 from the Italian Air Force made a medical evacuation flight to Zimbabwe on Sunday (Credit: ZimLive)

Two foreign military aircraft were sighted over Harare on Saturday and Sunday sending social media into a frenzy, ZimLive reported.

Then, on Sunday, an Italian Air Force Boeing 767 touched down at the same airport at 6.15 PM.

A ZimLive source was quoted as saying that the Italian Air Force was evacuating a top diplomat taken ill with an undisclosed illness. Said the source:

The Boeing 767 is a hospital in the air – fully equipped for any medical emergency. The mission was to airlift a high-level Italian embassy official.

Meanwhile, ZimLive has established that the U.S. Air Force C-17, registration 08-8204, was delivering supplies for the embassy in Harare.

The aircraft which commonly performs tactical and strategic airlift missions, transporting troops and cargo throughout the world, flew out of Zweibrucken, Germany, on June 30.

The C-17 made drops in Harare and South Africa – where it landed at Lanseria Airport – on July 3 before delivering some cargo for the United States embassy in Mozambique. It left Mozambique on Monday, returning to Germany.