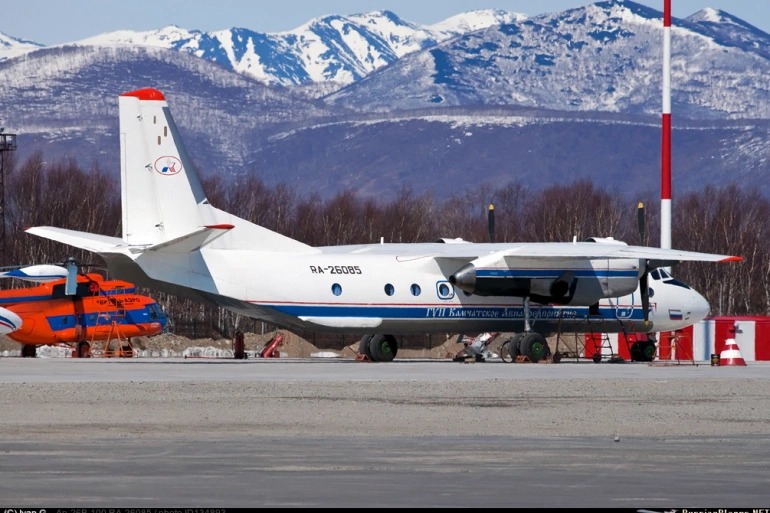 According to Russia’s emergencies ministry, there were 22 passengers and six crew on board.

The plane, an Antonov An-26 twin-engined turboprop in operation since 1982, was en route from regional capital Petropavlovsk-Kamchatsky to Palana, a town in northern Kamchatka when it lost contact with air traffic control.

Valentina Glazova, a spokeswoman for the local transport prosecutor’s office, told the AFP news agency that “search and rescue efforts” were ongoing. She said:

All that is known at this time, what has been possible to establish, is that communication with the plane was interrupted and it did not land.

The plane belongs to Kamchatka Aviation Enterprise whose director is Khrabrov Aleksey Vladimirovich.

The plane has been in operation since 1982 and has a valid certificate of airworthiness.

The crew has passed a pre-flight examination. Search and rescue operations are being carried out now.

The area has been roughly determined within 15-25 kilometres from the airport, along the coastline. A search is also underway at sea. The objective data shows that the aircraft crashed into the sea.

The weather in the area the plane was travelling through was cloudy at the time it went missing, the Interfax news agency reported, quoting the local meteorology centre.

Kamchatka’s government said that communication with the plane had been lost nine kilometres (5.5 miles) from Palana’s airport.