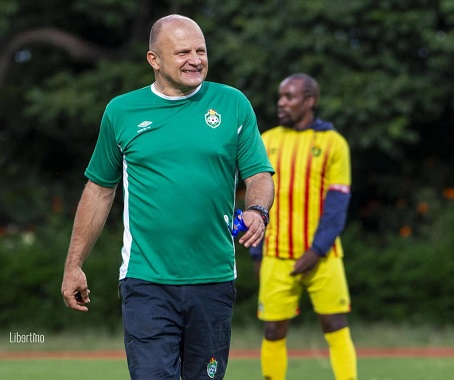 Warriors coach Zdravko Logarusic was on Monday denied entry into South Africa upon arrival at the OR Tambo International Airport because he did not have a valid South African visa, ZIFA has confirmed.

In a statement on Monday afternoon, ZIFA Communications and Competitions Manager Xolisani Gwesela apologised to football fans and the nation at large for the gaffe, saying the association is now working on ensuring that Logarusic joins the team in Port Elizabeth as soon as possible. The statement read:

The Association would however like to inform the nation that the head coach Zdravko Logarusic has been denied entry upon arrival at Oliver Tambo International Airport on the basis of him not holding a valid visa for the host country, South Africa.

This is despite the fact that we confirmed with visa and travel agencies in Zimbabwe prior to departure and we were assured that as long he possessed a valid Zimbabwean workers permit, he would be allowed entry in South Africa.

We were then dismayed upon arrival when we were told by Immigration officials that only service and diplomatic holders from Croatia were exempt from South African visa requirements.

This was not been anticipated by the Association and the travel agent has availed a letter of apology after this debacle.

The Agent has also agreed to reimburse expenses resulting from this anomaly. Unfortunately, it is very clear that valuable training time has been lost as a result of this gaffe.

The Association is now saddled with ensuring that the coach gets a visa and proceed and join the team in Port Elizabeth in the shortest time possible.

We apologise to the nation for the inconvenience, however, the team remains in high spirits and ready to compete to everyone’s best abilities.

We would like to assure the nation that the Association is making frantic efforts to remedy the situation.