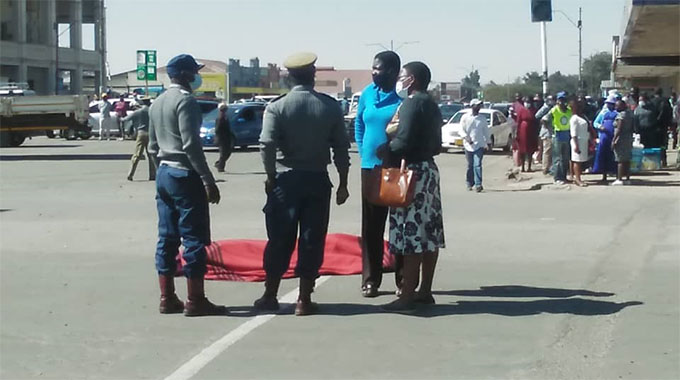 The body of the pedestrian lies on the tarmac.

A woman died and her daughter was seriously injured Friday morning after they were hit by a speeding car in Gweru.

Suspected carjackers were involved in a high-speed chase with the police from Vehicle Theft Squad when their vehicle hit the woman who died on the spot.

Her daughter was ferried to Gweru Provincial Hospital where her condition is said to be bad.

The woman was hit and flew for about four meters crushing her skull.

Two of the three suspected carjackers were arrested while one fled from the scene on foot.

The incident happened around 1130am at corner Robert Mugabe and Emmerson Mnangagwa near the Boggie tower in Gweru.