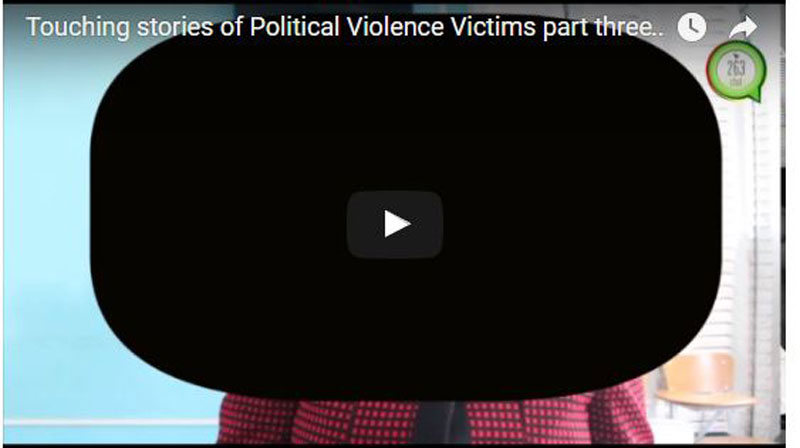 Former Masvingo Central legislator Jeffreyson Chitando (MDC) Thursday demanded an apology from ZANU PF youths for the violence they allegedly perpetrated in the run-up to the 27 June 2008 presidential runoff which resulted in the late MDC-T leader Morgan Tsvangirai pulling out of the race.

The violence left over 300 maimed or dead and thousands displaced, according to human rights watchdogs.

Chitando told NewsDay that it is important for Zimbabweans to adopt a culture of apologising for wrongs done in the past so that they do not happen again. Said Chitando:

ZANU PF youths should not be controlled by their old aged leaders. They must know it’s best to build a better Zimbabwe for tomorrow.

The only stumbling block so far is that the perpetrators are not prepared to own up to their mistakes.

Apologising shows a strong character and good leadership. Those who fear to apologise are weak and are failures.

The future of ZANU PF is in the present youths’ ability to take the bull by its horns and apologise. The country can only move forward if we are united.

Chitando said all the country’s problems will disappear ZANU PF apologises for its misdeeds and the opposition accepts the apology.

He accused ZANU PF of committing atrocities over the years from Gukurahundi, Murambatsvina, 2000 to 2008 political violence and recently in 2021 in the urban areas, it has masterminded the demolition of property.

ZANU PF director for information Tafadzwa Mugwadi refused to comment on the matter.

However, ZANU PF acting deputy secretary for youth affairs, Tendai Chirau, claimed Chitando was only seeking relevance and a political come back. He said:

There is no objectivity in Chitando’s utterances. It is one-sided and he was speaking for his party, MDC Alliance.

This is mere political propaganda because the issue of violence can be traced back to MDC when Tsvangirai also once uttered that the late Mugabe could be removed from office violently if he refused to go peacefully.

Chirau directed Chitando to the National Peace and Reconciliation Commission saying it is one of the institutions that are responsible for the resolution of conflicts.

In any case, the MDC is not sacrosanct as there are ZANU PF youths who were attacked and maimed by MDC thugs, Chirau countered.