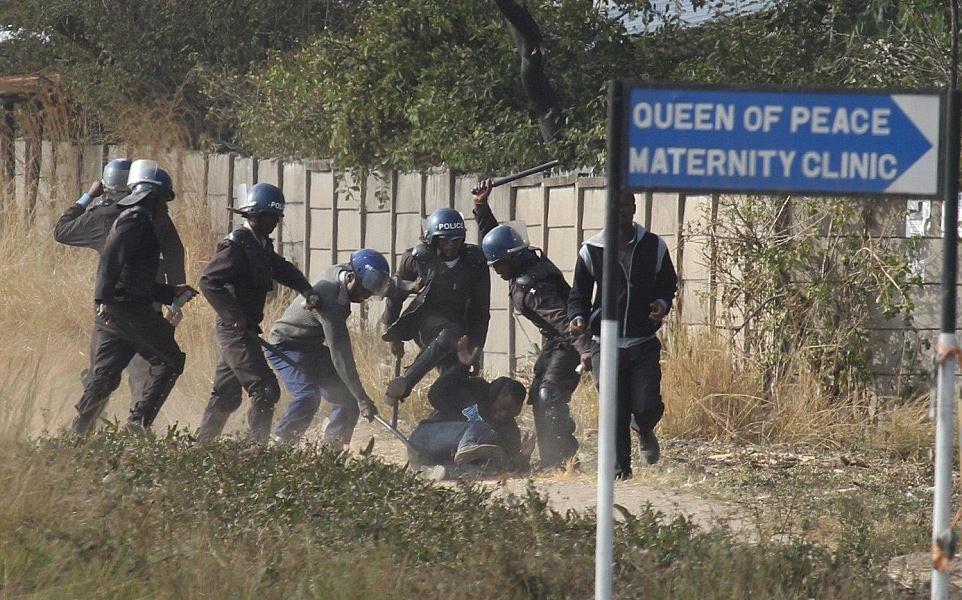 A ZIMBABWEAN COURT has ordered Zimbabwe Republic Police (ZRP) Commissioner-General Godwin Matanga and Home Affairs and Cultural Heritage Minister Hon. Kazembe Kazembe to pay more than US$10 000 to a couple that was roughed up by some law enforcement agents while claiming to be suppressing an anti-government protest in 2019.

Harare Magistrate Winfilda Tiyatara on Friday 25 June 2021 ordered Matanga and Hon. Kazembe to pay US$5 000 each or its equivalent of RTGS$450 000 each to Canaan Machando and his wife Sipetangani Machando as compensation for violation of their fundamental rights and their property.

In addition, Magistrate Tiyatara ordered Matanga and Hon. Kazembe to pay RTGS$56 800 to Canaan and RTGS$24 000 to Sipetangani as compensation for damages to their mobile phone handsets.

During trial, Canaan and Sipetangani, who were assisted by Fiona Iliff of Zimbabwe Lawyers for Human Rights to sue Matanga and Hon. Kazembe, told Magistrate Tiyatara that on 14 January 2019 some ZRP officers together with some soldiers who had been deployed to quell anti-government protests held over a unilateral fuel price hike slapped Sipetangani several times and kicked her in the presence of her two minor children. The police officers and soldiers ordered Canaan to lie flat on his stomach, stepped on him before assaulting him and also directed him to sit in a bucket full of cold water.

The soldiers and police officers also took Canaan to Mharapara Road, the main road in Unit F high-density suburb in Chitungwiza, where the protests had been taking place and directed him to remove burning tyres from the streets and in the process he sustained some burns on his hands.

As a result of the assault and ill-treatment, Canaan sustained injuries to his back, thighs, eardrum and had to seek medical attention and he was unable to work as a result of his medical condition and suffered the loss of income.

The ZRP officers broke Sipetangani’s Samsung mobile phone handset valued at RTGS$24 000 while one of the police officers threw teargas canisters inside their house in Unit F high-density suburb in Chitungwiza and damaged a windowpane and the floor valued at the cost of RTGS$56 800.

The persecution by ZRP officers forced Sipetengani and her minor children including a visitor out of the house as it was inhabitable for three days because of the teargas and this meant Sipetengani and Canaan were unable to work for several days.

In her ruling, Magistrate Tiyatara said Sipetengani and Canaan and their children suffered emotional pain and suffering, trauma and shock from the incident and the couple was humiliated and embarrassed by the indignity of being forced out of their home owing to misconduct by police officers.

Magistrate Tiyatara said the conduct of ZRP officers complained of by Canaan and Sipetengani was unlawful and there was no legal justification whatsoever for them to have conducted themselves in such a wayward manner.

The Magistrate also ruled that the actions of the ZRP officers was so indiscriminate, unwarranted and unnecessary and their conduct falls short of the duty of care that the police service has towards civilians.