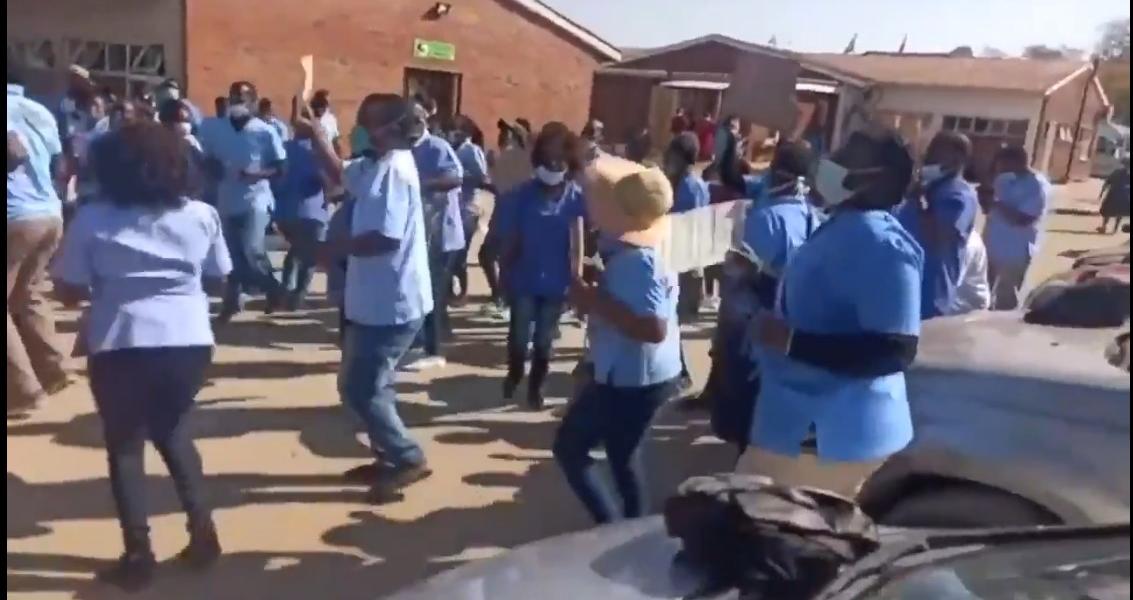 The virtual protest, dubbed “Burn The Fraud” was launched by the Amalgamated Rural Teachers Union of Zimbabwe (ARTUZ) last week, with teachers burning their payslips in protest over low salaries against a high cost of living.

The poverty datum line has shot up to $40 000, almost double what most civil servants, including teachers and nurses, are earning per month.

Nurses are not well remunerated. Salaries are far below our expectations. As we speak, we are in poverty, and struggling to report for work and make a good living as a working class. It is unfortunate that government has made its workers paupers.

This has contributed to poor service delivery in our health delivery systems at our hospitals because when someone is demotivated, you don’t expect them to perform to their maximum expectations, and the people who will suffer are the patients.

ARTUZ president Obert Masaraure they are re-designing their strategy so that it will have more impact. He said:

Nurses and other civil servants have expressed a keen interest to join the (Burn The Fraud) campaign.

We are re-designing our organising strategy to accommodate all progressive civil servants to achieve more impact.

One Comment on “Nurses, Teachers Burn Payslips In Protest”