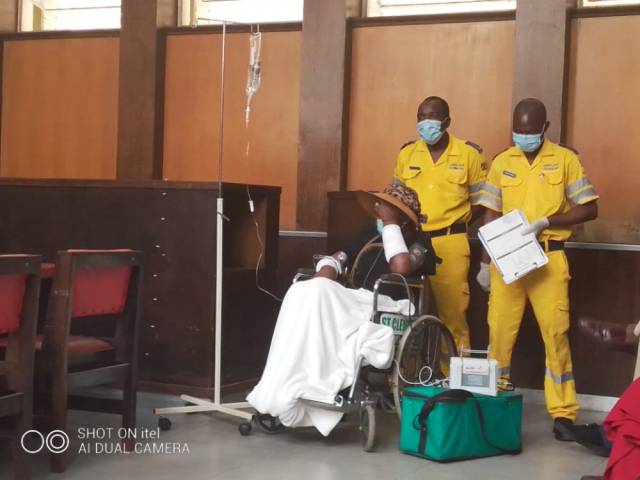 The trial of Marry Chiwenga, the estranged wife of the Minister of Health and Child Care, Vice President Constantino Chiwenga was Tuesday postponed further after the magistrate granted the State’s application for postponement due to her ill health.

Marry appeared before Harare magistrate Noel Mupeyiwa who remanded the matter to 6 September so that her health could be assessed to see whether she will be fit to stand trial.

Appearing for the State, Charles Muchemwa said on the previous hearing, Mubaiwa was remanded further while she was admitted to a hospital. He said:

The last time when the matter came the witnesses were available and the accused was in the hospital and because of that trial could not kick off we had to de-warn the witnesses as they had been appearing previously for a while with the matter failing to kick off.

In response, Marry’s lawyer, Beatrice Mtetwa said it is not in dispute that her client was unwell and cannot comprehend court proceedings as she has a drainage system attached to her arm draining some fluid from her wounds.

Munyoro claims to have sustained a cut on her lips after being struck by Marry.

She is also claiming that some of her teeth are loose and are now shaking following the alleged assault.