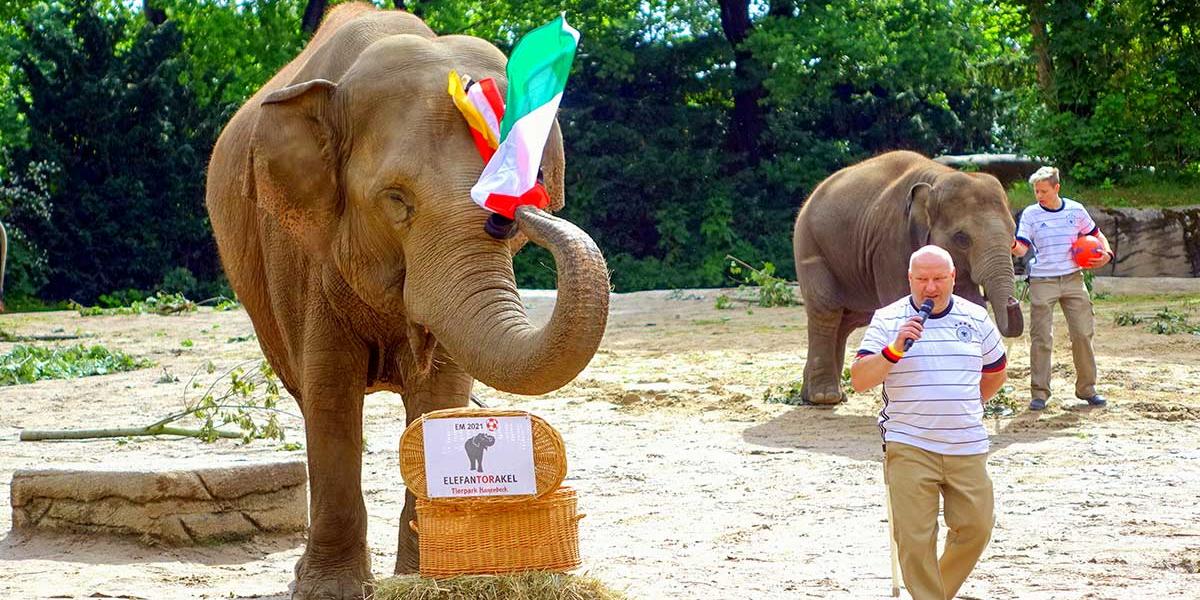 A “psychic” elephant from a zoo in Hamburg, Germany, has predicted that the country’s football team, Die Mannschaft, will beat England in their Euro 2020 last-16 clash on Tuesday.

The 42-year-old elephant named, Yashoda, correctly predicted that Germany would lose their tournament opener to France, beat Portugal and then draw against Hungary in the group stage.

She pulled the German flag rather than the English one out of a wicker basket at Hagenbeck Zoo to the delight of many German fans.

For #GER v #HUN, the footballing heavyweight has predicted Germany to draw against Hungary.

This is not the first time that a major football tournament has attracted a supposed soothsaying animal.

During the 2010 World Cup, Paul the Octopus accurately predicted all seven games the German team played at the tournament.