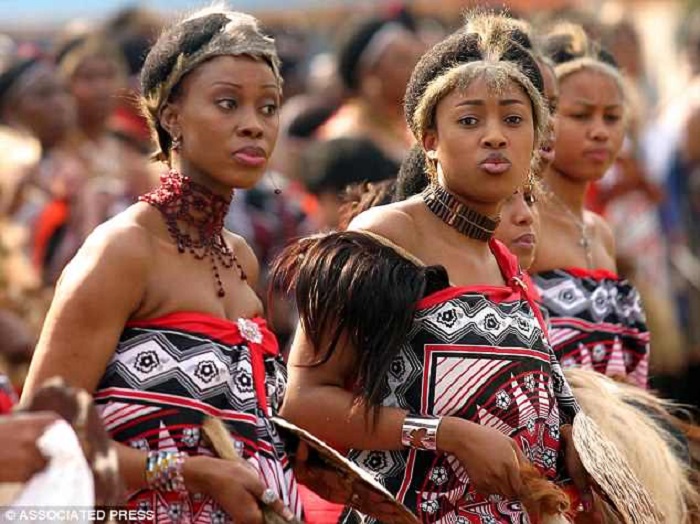 Some of King Mswati III’s wives

The government of Eswatini Tuesday has dismissed as false reports claiming that King Mswati III had fled the country amid violent citizen protests.

In a statement, Eswatini Acting Prime Minister Themba Masuku said King Mswati III is in the country and performing his duties as usual. The statement read:

Following the false media reports circulating, I would like to take this opportunity to assure emaSwati and the international community that His Majesty King Mswati III is in the country and continues to lead in working with Government to advance the Kingdom’s goals.

Government will update the Nation on interventions on the current situation as the day progresses.

In the meantime, we appeal for calm, restraint and peace from all emaSwati.

Pro-democracy protests erupted in Eswatini on Monday and South Africa’s public broadcaster, the SABC, reported that King Mswati (53) had “fled amid public violence in the country,” but did not say where he had gone.

The protesters, who are backed by labour unions, are demanding the right to vote for their own prime minister with executive powers.

Currently, the prime minister is appointed by King Mswati who also appoints judges.

Political parties have been banned in the tiny southern African country since 1973.