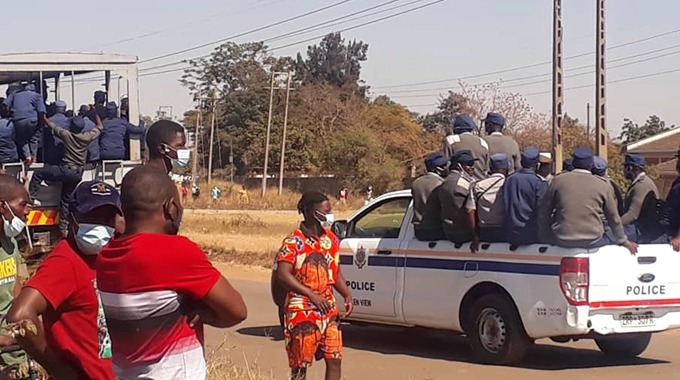 The demolitions of “illegal” structures continued barely hours after the ruling ZANU PF party announced that it had put a stop to the ongoing blitz.

On Monday ZANU PF Secretary for Administration Obert Mpofu said that the party and its leadership are against the ongoing demolitions being carried out by councils.

Mpofu made the remarks during a media briefing after meeting Local Government and Public Works Minister July Moyo and National Housing and Social Amenities Minister Daniel Garwe. He said:

The party and its President and First Secretary Cde Dr Emmerson Mnangagwa, as well as the entirety of leadership, uphold the right to shelter and human dignity.

As such, the current wanton demolitions in urban and peri-urban areas must stop forthwith while the processes to resolve the associated challenges are in motion.

An all stakeholders meeting will be convened soon to discuss similar matters in areas affected.

However, this Tuesday, Harare City Council razed down some structures at Glenview 8 complex that allegedly encroached road servitudes.

The local authority destroyed all illegal structures along Willowvale Road starting from the Willowvale and Highglen traffic intersection.