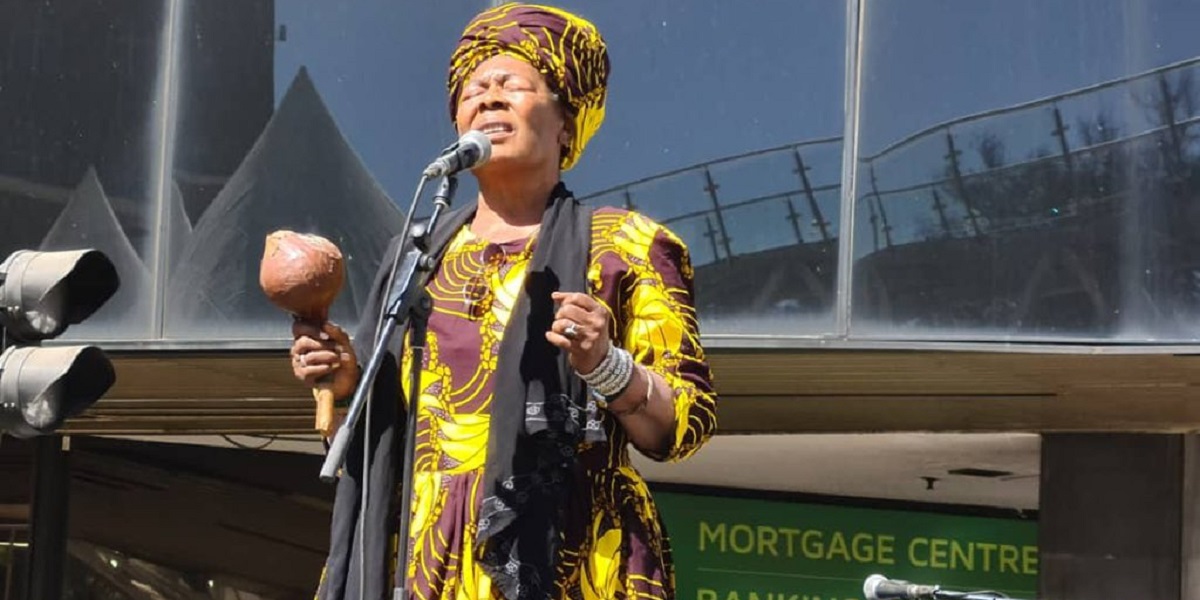 Mbuya Stella Chiweshe made it clear that she was infuriated by Takakunda Mukundu’s cover to an ancient Zimbabwean traditional song she performed at the recently held Mbuya Nehanda Statue unveiling ceremony.

She performed solo without an ensemble, and when Takakunda the son of veteran producer and multiinstrumentalist Clive Mono Mukundu added Jazzy background instrumentation, Mbuya Chiweshe could not hide her frustration.

Mbuya Chiweshe even called Takakunda a wicked kid thereby attracting a backlash from Mono who said his son was not wicked.

Mono admitted that Taka should have sought permission from the veteran Mbira musician before adding the instruments, although she herself had no rights to the song which is a traditional song, but calling his son names was uncalled for.

Mukundu demanded an apology from Mbuya Chiweshe for her remarks.

Fellow musicians tried to calm the duo saying Takakunda had done the cover out of admiration for the Germany-based musician.

Others urged Mukundu to engage Mbuya Chiweshe privately to avoid worsening issues. The video has since been removed from other platforms like YouTube. Watch the video below for more.