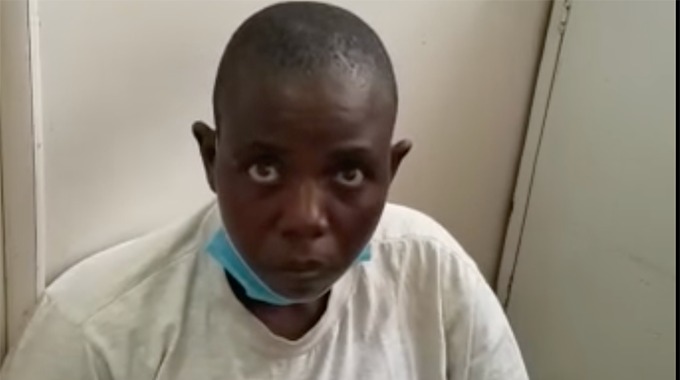 Police have arrested a woman in Epworth after she allegedly stole an infant from Epworth Local Board Clinic on Wednesday.

Josie Kanzimbe was intercepted by an alert guard before she could leave the grounds of the clinic. Police said in a statement:

The Zimbabwe Republic Police confirms the arrest of Josie Kanzimbe (28), whose video has gone viral on social media, in connection with a case of kidnapping of a newly born baby at Epworth Local Board Clinic, Harare.

The suspect sneaked into the maternity ward, took advantage of the mother of the baby who was fast asleep due to labour fatigue and took away the baby.

An alert security personnel smelled a rat in her actions, reacted fast leading to the suspect’s arrest.

Investigations are underway and the suspect will appear in court soon.

A video circulated online showing the woman being asked a series of questions by two women thought to be nurses at the clinic.

During “interrogation”, the woman disclosed that she intended to trade the baby in South Africa for a commuter omnibus (kombi).

She admitted to planning the abduction after she disguised herself as a health worker by stealing a gown and a hat at the clinic.

She further revealed that she intended to inject the baby with a lethal injection.

2 comments on “Woman (28) Arrested For Stealing Baby From Hospital”