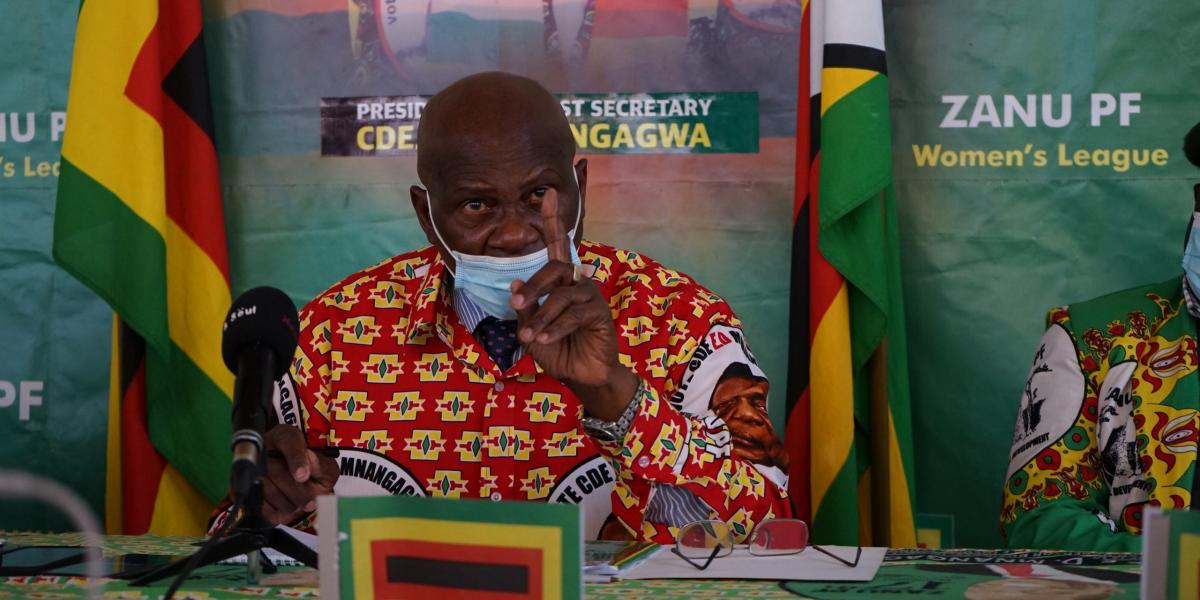 ZANU PF Secretary for Finance Patrick Chinamasa, who is also the Acting Political Commissar, has dismissed calls for a diaspora vote, saying the party will only entertain the idea when sanctions imposed on the country by western powers are removed.

Chinamasa made the remarks on Thursday afternoon while addressing reporters at the party’s main headquarters in Harare.

The former Finance and Justice Minister said allowing millions of Zimbabweans living abroad to take part in the country’s polls would be a disadvantage to President Emmerson Mnangagwa’s party.

He said some senior ZANU PF officials are under a travel ban to western countries and this will put them at a disadvantage as they will not to able to travel abroad to campaign. Said Chinamasa:

If you want a diaspora vote, first level the playing field by removing sanctions, so that Zanu PF can go there and campaign freely without being vetted against sanctions.

We will not allow those in the diaspora the right to vote because we are under sanctions in those countries.

I cannot go to campaign in the United Kingdom because of sanctions as we all know and as long as that situation persists, we will say no vote to people in the diaspora because we will be allowing only those who have been asking for sanctions to have access to that electorate.

That of course is not acceptable, and we will not allow it. Sanctions must fall and then we will start talking about the diaspora vote.

Mr Chinamasa’s position is not only unconstitutional but grossly irrational. Zimbabweans abroad are entitled to the diaspora vote.

We take diaspora remittances yet they want to deny Zimbabweans suffrage? Nonsense upon stilts.

Zimbabweans living abroad are estimated to be over five million and most of them left due to unending economic problems caused by ZANU PF misrule.

There are strong beliefs Zimbabweans living abroad favoured change of government back home and would not hesitate to vote the opposition.