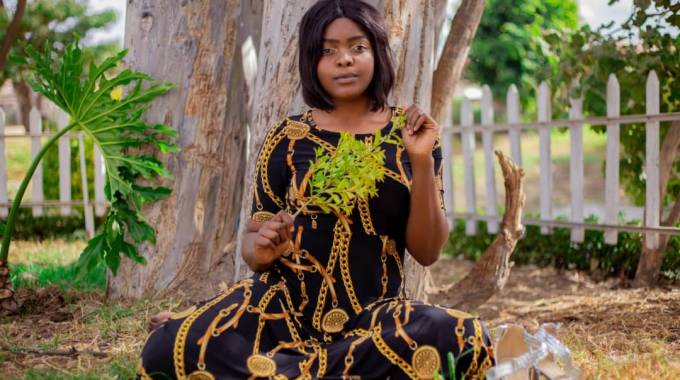 Last year the then Form Three pupil released her debut single “Ingozi” which was recorded at Illicit Records and co-produced by DJ Marcos and Leekay.

Announcing Stacey’s upcoming single in a recent Facebook post, the legendary Sungura musician said “Amai” is aimed at softening the hearts of mothers so their children may be showered with blessings. He said:

After the successful release of her first single Ingozi, Stacey Macheso is set to release her second single titled Amai.

A song aimed at softening the hearts of mothers so their children may be showered with blessings.

Keep an eye out for the single Amai to be released on Friday 25th June 2021 on Mr A.Macheso’s YouTube account!!

Speaking in an interview with H-Metro last year ahead of Stacey’s debut single, Orchestra Mberikwazvo publicity manager Tich Makahamadze, who was also assisting Stacy on a voluntary basis, said:

Stacey is still a young girl doing Form 3 but has a deep-seated passion for music as shown by the release of her single.

Lyrically, she is talented and for a young girl for her age, it shows that she is going places and what she needs is support.

And the best support she has received is the backing from her father who has been supportive of his children.

… Unlike most kids of music legends who would want to sing or follow their father’s genres, Stacey has branched into urban contemporary music.

She is sounding differently from her father and that alone shows she has a calling for music.