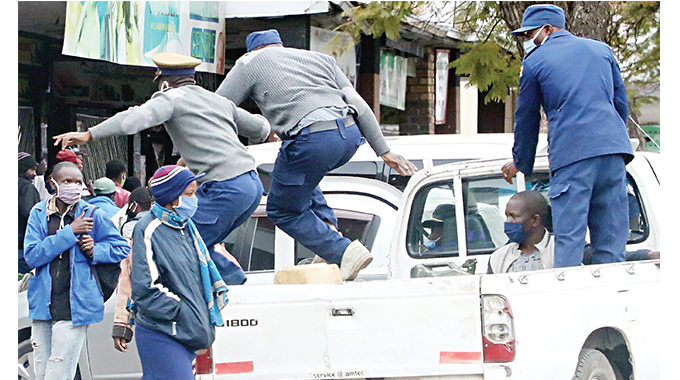 The government on Tuesday widened the COVID-19-induced lockdown to 12 more hotspot areas across three more provinces, under localised lockdown.

The move followed a spike in new infections in affected areas over the last two weeks.

Zimbabwe recorded a 127 percent increase in COVID-19 cases in the past week alone to 1 239 from 544 during the previous week.

Speaking during the post-Cabinet briefing yesterday, Information, Publicity and Broadcasting Services Minister Monica Mutsvangwa attributed the spike to complacency in adhering to set COVID-19 preventive and precautionary measures both in the communities and at workplaces.

_The nation is informed that there would be a joint security blitz to enforce the recently promulgated Covid-19 prevention and control measures, especially in the designated hotspots. Furthermore, border security and surveillance at ports of entry is being strengthened._

The minister said the situation had not improved in Kariba, Makonde and Hurungwe that had already been under localised lockdown.

Minister Mutsvangwa said Government was concerned as the districts are still recording more cases and deaths.

Kwekwe, which was the first district to be placed under lockdown on May 9, has also witnessed a rise in cases since then. Added Minister Mutsvangwa:

_There is going to be an urgent review of operations of the polytechnic, markets, public transport and street vending in the city as their operations could be super spreaders and thus should be scaled down._

_Cabinet has agreed that the lockdown in Kwekwe be extended._

Zimbabwe is experiencing a coronavirus resurgence that has forced authorities to announce new preventive and precautionary measures including de-congesting workplaces.