Victims of the Gukurahundi massacres

Zenzele Ndebele, a Bulawayo-based journalist and human rights and activist, has posted a list of alleged Lupane villagers who died during Gukurahundi on the 6th of February in 1983. He captioned:

Villagers of St Paul in Lupane have kept this list for 38 yrs hoping one day they will get justice and @GutuObert says it’s a tiny fraction of @NPRCZim work. How insensitive. #Asakhe #Gukurahundi. 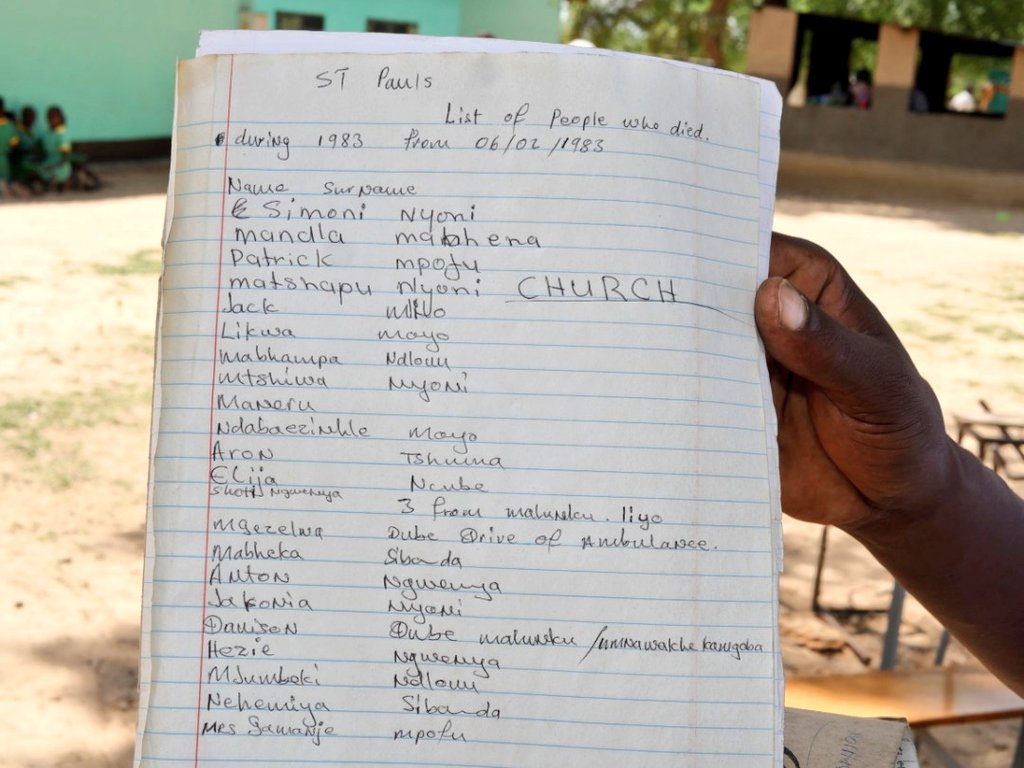 The list surfaces as Obert Gutu who chairs the National Peace and Reconciliation Commission (NPRC) has come under fire for claiming Gukurahundi was a very small, tiny fraction of the various other disputes the commission was talking about.

The remarks were read as Gutu was trivialising the 1980s massacre during which approximately 20 000 people were murdered by the North Korean-trained fifth brigade.