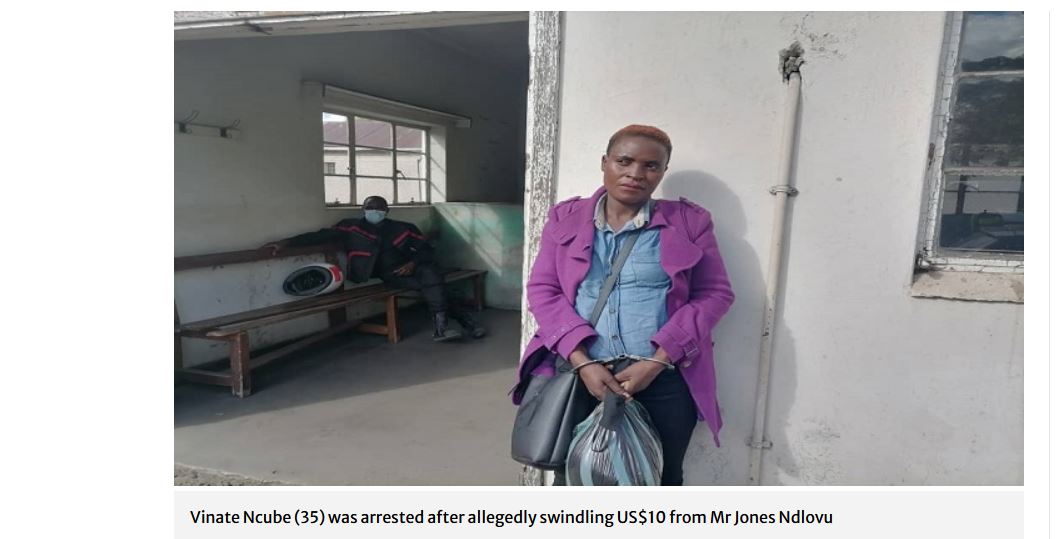 Pirating commuter omnibus (kombi) drivers and touts on Monday arrested a bribe-seeking woman who was posing as a police officer in Bulawayo.

Vinate Ncube (35) was arrested after she allegedly extracted US$10 from Mr Jones Ndlovu, who was picking up passengers at 6th Avenue in Bulawayo.

Mr Ndlovu said he had no choice but to give Ncube US$10 after she threatened to not only arrest him but to impound his vehicle.

Private-owned kombis were last year barred from the roads to prevent the spread of the coronavirus but the defiant owners have been pirating some routes making them easy prey for corrupt officers.

_I had to pay her because she was so convincing. She told me that she was a plainclothes officer deployed to nab pirate kombis in town. After I paid her, I drove away with the passengers, but after a while, I received a call from another kombi crew that told me that they had arrested her after they found out from Honda Fit drivers that the woman was a fake cop._

_We then called the police and they took her to Drill Hall Police Station. As we speak, she is there.  We are tired of these bogus cops who come here every day demanding money. We have now learnt that Drill Hall does not have plainclothes police officers. We are just trying to make a living, this must stop._

Ncube vehemently dismissed the allegations that she was impersonating a police officer and had demanded a bribe. She said:

_I am a sex worker and the driver is my client. He gave me US$10 and told me to wait for him at 6th Avenue as he was going on a trip. I am a very famous sex worker so he knew that I was not going to run away from him._

Ncube added that she was surprised when other drivers and touts arrested her claiming she had extorted money from them.


Mr Ndlovu laughed off Ncube’s claim that he was her client saying he has a wife at home adding “I don’t need this woman’s services.”

Over 130 bogus police officers were arrested in 2020 for terrorising unsuspecting members of the public around the country.