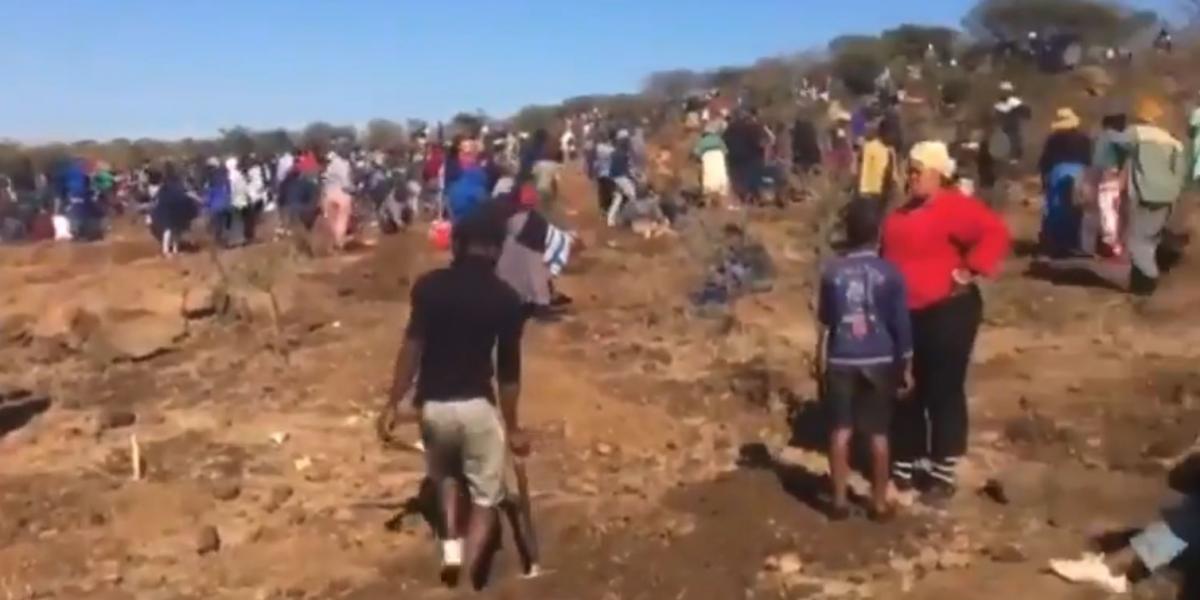 Authorities spoke on Sunday suggesting that the unidentified stones that had lured thousands of fortune seekers into the area were nothing but quartz stones with relatively low if any value.

A provincial executive council member for economic development and tourism, Ravi Pillay, told a media briefing on Sunday he had counted some 3 000 there during a visit to the site, where samples were taken to identify the stones. He said the stones were in fact quartz crystals. He said:

_The tests conducted conclusively revealed that the stones discovered in the area are not diamonds as some had hoped._

Pillay added that the event had highlighted the socio-economic challenges including high levels of unemployment and poverty faced by local people in many areas in South Africa.

Meanwhile, the number of people mining the land had dwindled to less than 500, Pillay continued, though significant damage had already been done with an area of around 50 hectares covered in holes of up to one metre, posing a danger to cattle.

He said those that continue to mine in the area, a situation that also risks the spread of COVID-19, would be encouraged to leave, though law enforcement could be drawn upon if necessary.