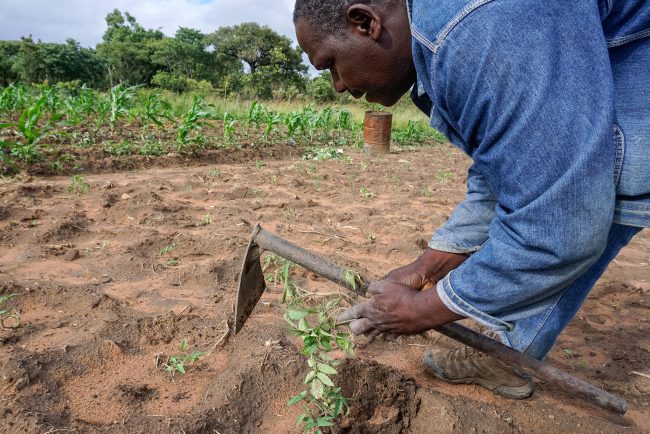 The government says it has set aside 210 hectares of land to resettle at least 200 villagers from Maganga village near Marondera who were evicted from a farm recently.

The villagers invaded land belonging to Hunyani Estate at the onset of Zimbabwe’s chaotic fast-track land reform programme in 2000.

However, Hunyani Estate, armed with an eviction order and backed by heavily armed riot police, forcibly evicted the villagers between last week and Wednesday. The villagers were dumped near the Harare-Mutare road.

Minister of State for Provincial Affairs and Devolution Apolonia Munzverengwi has confirmed that the farm belonged to Hunyani Estate. She said:

The farm was given to Hunyani Timbers who were the rightful owners of this land, so we have been sent a request to the minister of Lands, Agriculture, Water, Climate, Fisheries and Rural Resettlement to consider these farmers who have been staying at this place for many years so that he grants 210 hectares to allocate these farmers.

We want to thank minister Anxious Masuka for giving these farmers 210 hectares since they were evicted by Hunyani Timbers.

Every farmer is going to be allocated one hectare and we are now working on how we can establish an irrigation set-up for these farmers.

The Maganga area is located in Marondera East, 20 kilometres from the town, under Chief Svosve.

It was Chief Svosve who mobilised his people to invade farms, thereby spearheading the land reform programme.

The Svosve people, with the encouragement of the late Chief Svosve Enock Gahadza Zenda, armed with hoes and axes, moved into the Ruzawi commercial farming belt east of Marondera in 1998.

They invaded farms owned by white commercial farmers, arguing they were reclaiming ancestral land expropriated from their forefathers by the colonial settler regime.

The Svosve people’s action was a precursor to the land reform programme, as it later inspired war veterans to invade farms with support from ZANU PF.