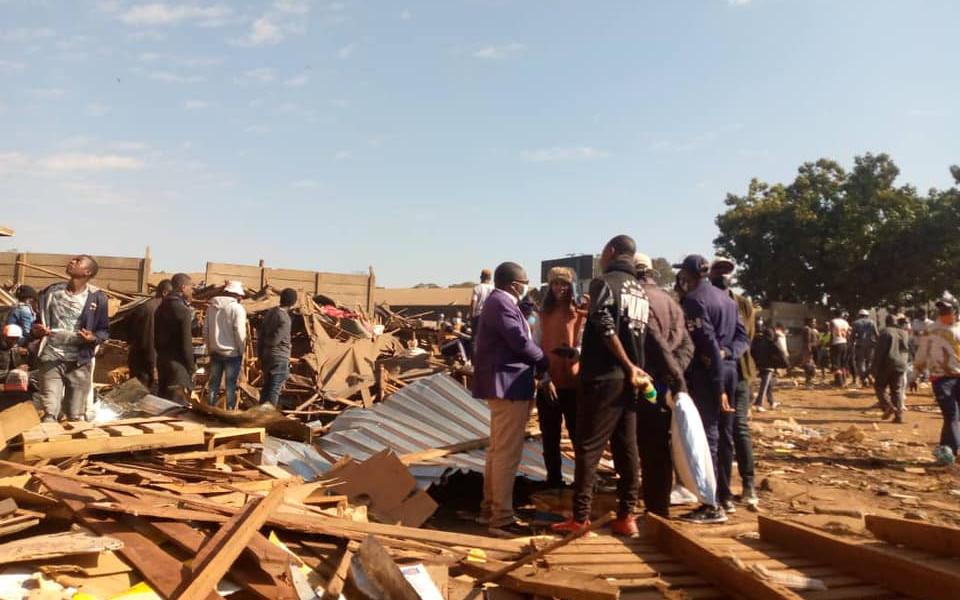 City of Harare said that Mbare residents are happy after its workers backed by armed police officers on Saturday razed to the ground hundreds of stalls belonging to informal traders in the suburb.

The demolitions were most concentrated at the Mupedzanhamo Flea Market area but also cascaded to the adjacent Magaba Home Industry.

In a post on its Twitter page late on Saturday afternoon, the Harare City Council claimed Mbare residents expressed joy that they could now live in peace. It said:

Mbare clean up and removal of illegal structures progressed well today. Mbare residents expressed joy that they can now live in peace.

City spokesperson Michael Chideme confirmed the demolitions in an interview with NewZimbabwe.com. He said:

I can confirm that we have removed all illegal structures at Mupedzanhamo. Go and see for yourself for authenticity purposes.

Saturday’s demolitions happened in defiance of a High Court order issued last week barring the city authorities from continuing the destructions after the informal traders through their lawyers approached the courts seeking protection.

The demolitions will most likely drive thousands of families deeper into poverty as they rely on vending for survival.

The Vendors Initiative for Social and Economic Transformation (VISET) condemned the destructions in defiance of the High Court order. It said in a statement:

VISET condemns in the strongest terms the continued destructions being undertaken by police at the instruction of Mr Tafadzwa Muguti the PDC (provincial district coordinator) Harare Metropolitan Province in defiance of a High Court order.

Today (Saturday) they are in Mbare, having begun the exercise at 3 am.