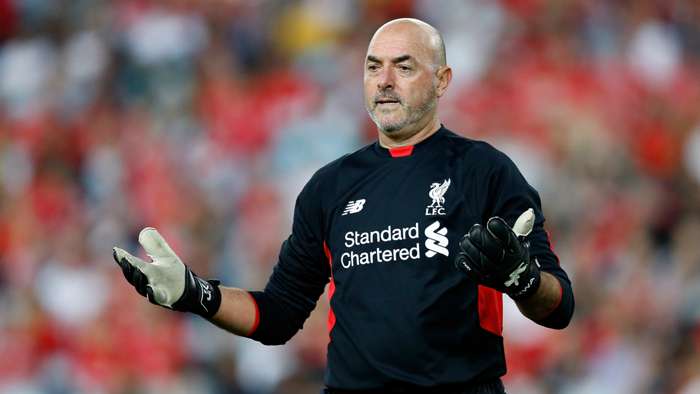 Legendary former Warriors and Liverpool goalkeeper Bruce Grobbelaar has pledged to support football development programmes being undertaken by Zimbabweans in the United Kingdom.

There are high hopes that “Jungleman” as he was affectionately known during his illustrious playing days will be able to convince into playing for the Warriors, some of the UK-born players who Team Zimbabwe have identified and invited to represent the country.

Grobbelaar was last weekend the guest of honour at a friendly match organised by Team Zimbabwe UK and The UK Colombian Community.

The match was played in preparation for the Inner-City World Cup Tournament to be held next month near East London Olympic part village. Speaking at the event, Grobbelaar said:

I am keen to help in the development of football in this country, especially in terms of nurturing young footballers.

There is pride in representing the national team and for them to realise their dreams.

Besides just promoting sports development, there is a need to ensure that we support as many young Zimbabweans to achieve their desired purpose.

… There are many England-based players in this country, and I believe the Warriors have the potential to develop into one of the giants of Africa, or even compete globally.

Grobbelaar played as a goalkeeper for a host of teams, most prominently for English giants Liverpool between 1981 and 1994.

He is remembered for his gymnastic-like athletic ability, unflappable confidence and eccentric and flamboyant style of play.

Grobbelaar made 628 appearances for Liverpool over the 13 years and won six English league titles and a European Cup trophy apart from countless other silverware.

According to Goal, Grobbelaar’s most famous moment in a Liverpool shirt came during the 1984 European Cup final where his ‘spaghetti legs’ captured all the attention.

After Roma and Liverpool were tied at 1-1 after the end of extra-time, penalty shootouts were required.

Grobbelaar’s wobbly knees and shaky legs during Francesco Graziani’s run-up to his spot-kick put him off and he ended up skying his effort.