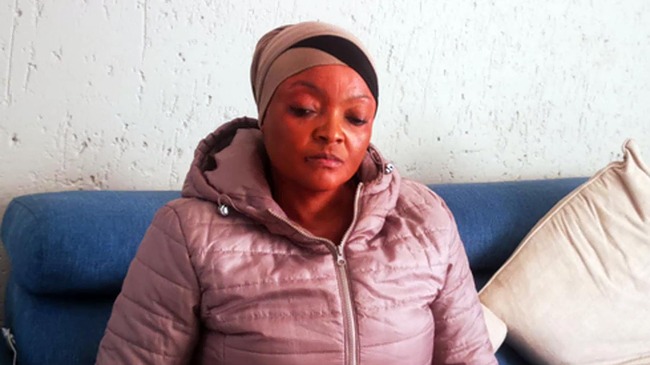 The South African woman who reportedly gave birth to 10 babies (decuplets) nearly a fortnight ago, has endured mental torture at the hands of police government officials, reports claim.

Gosiame Sithole has been suffering from starvation at the hands of authorities following accusations that she had lied about giving birth to 10 babies and that she has “gone crazy”.

She was arrested by police at 7 am on Thursday and taken to Chloorkop police station. She was denied access to her lawyer Refiloe Mokoena.

Sithole was interviewed by representatives of the Social Development Department, who wanted to take her to a place of safety and later forced her to be taken to Tembisa Hospital in Ekurhuleni for psychological assessment.

She, however, in the presence of Mokoena, insisted that she wanted private psychiatrists to be part of the team to assess her.

Since Sithole had access to her cellphone, she called her friends and family complaining about the bad treatment she was having to endure at the hospital.

A picket organised by family, friends and activists was due to take place outside Tembisa Hospital on Friday and Dalian Mboweni, one of the march organisers, said:

The Social Development representatives evoked a clause to keep her in a psychiatric ward for 72 hours.

Sithole told us that she was being mistreated by staff as if she is mentally disturbed. She says she was being shouted at and at the end, she was handcuffed.

This is breaking her, we want her to be released because she is held against her will.

On Thursday, Mokoena told Independent Media that her client (Sithole) had instructed her to apply for an urgent court interdict to force the Gauteng Social Development Department to release her from its custody.

Mokoena said she had received the instructions after the department had forcefully taken the decuplets’ mom to Tembisa Hospital for psychological assessment.

Activist Brenda Madumise said they want to support Sithole so that she is not used as a scapegoat and made to look like a “mental case”. She said:

Sithole’s dignity is completely infringed, the department must not treat her like a mental case, why are they keeping her against her will?

We are trying to support her for the sake of her mental wellness. Sithole must be given a platform to tell her story as to what really happened.

Sithole gave birth to 10 babies at the Steve Biko Academic Hospital in Pretoria last week but the whereabouts of her children and their state of health remains a mystery.

Gauteng police spokesperson Kay Makhubela referred questions back to the department.
But last Thursday the department had issued a statement rubbishing claims that Sithole had gone missing following the decuplets’ birth.