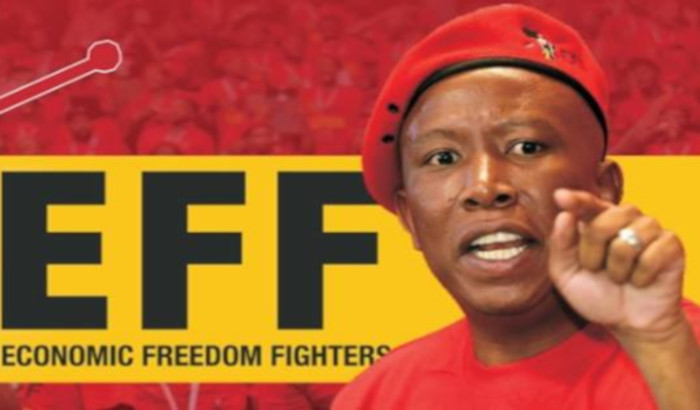 The Economic Freedom Fighters (EFF) has condemned the planned xenophobic attacks in Soweto, in Gauteng targeted at small shops owned by foreign nationals. Previously, shops and trucks owned by foreign nationals were burnt while in extreme cases business owners were assaulted or killed by the angry mob. South African nationals often argue that immigrants are taking away their jobs. Pindula News present below the EFF statement on the matter.

The EFF condemns the xenophobic attacks which are planned in Soweto, in Gauteng, by criminal elements and desperate political parties, that are scared of white-monopoly capital.

There have been numerous reports of the planned looting of small shops owned by foreign nationals, by people who have a misguided understanding as to what is the root cause of poverty and unemployment in South Africa. Spaza shops and retail outlets in the township do not constitute an economic threat in this country and to demonise these forms of entrepreneurship only seeks to embolden large scale entities of capital, namely Rupert and Stellenbosch aligned outlets.

The problem in South Africa is not the informal economy of entrepreneurs, regardless of their nationality. It is the monopolisation of wealth by a white minority, in land, agricultural and minerals production. This monopoly is safe-guarded by a reactionary government. It is this government’s failure to industrialise, create jobs, build housing and provide education that results in the poor conditions that define black life in South Africa.

To chase away foreign nationals is to fight over crumbs, while all Africans are victims of the same culture of being excluded from the formal economy and the corruption of the ruling elite. The anger of our people must be directed at the government of the day and those they protect, and the consequences for their failures must be felt on the streets and on the ballot.

The EFF calls on all members of society to refrain from attacking foreign nationals and being consumed by narrow nationalism that makes the poor believe that their poverty is created by other poor people.

No member of the EFF must ever be found participating in a nonsensical attack on fellow Africans and foreign nationals, under the instruction of political parties who have no workable plan to uplift the lives of our people.

Any member of the EFF who participates in the attack and any form of assault against fellow Africans and foreign nationals must know that they would have taken a position against the revolution and essentially resigned from the EFF. The EFF is a Pan Africanist organisation and will not be led by desperate gangsters, convicts and unexposed illiterate businessman who overnight have turned to politics as a career.
Tomorrow must be used to commemorate the revolutionary youth of 1976 not to undo history with counter-revolutionary acts of self-hate and misunderstanding of the challenges that face black people.