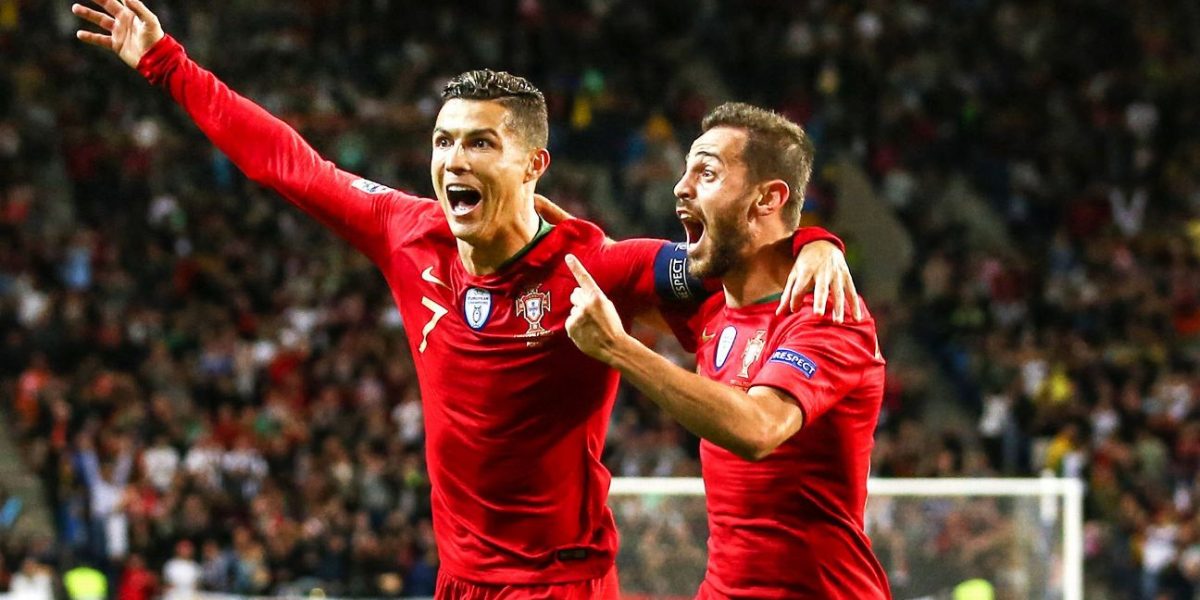 Cristiano Ronaldo has become the all-time highest goalscorer in Euros history after scoring a brace for Portugal against Hungary in a delayed UEFA Euro 2020 tournament match played Tuesday.


Portugal won 3 nil thanks to a goal from Guerreiro and a brace from the Juventus star Ronaldo.

The brace makes Ronaldo the all-time highest goalscorer in the UEFA Euros history with 10 goals ahead of second-placed Michel Platini who has 9 goals while Alan Shearer is in the third position with 7.

This comes as his top “rival” Lionel Messi scored a free-kick against Chile in the Copa America underway in Brazil to become the player with the highest number of free-kick goals.

Messi now has 57 free-kick goals while Ronaldo has 56.