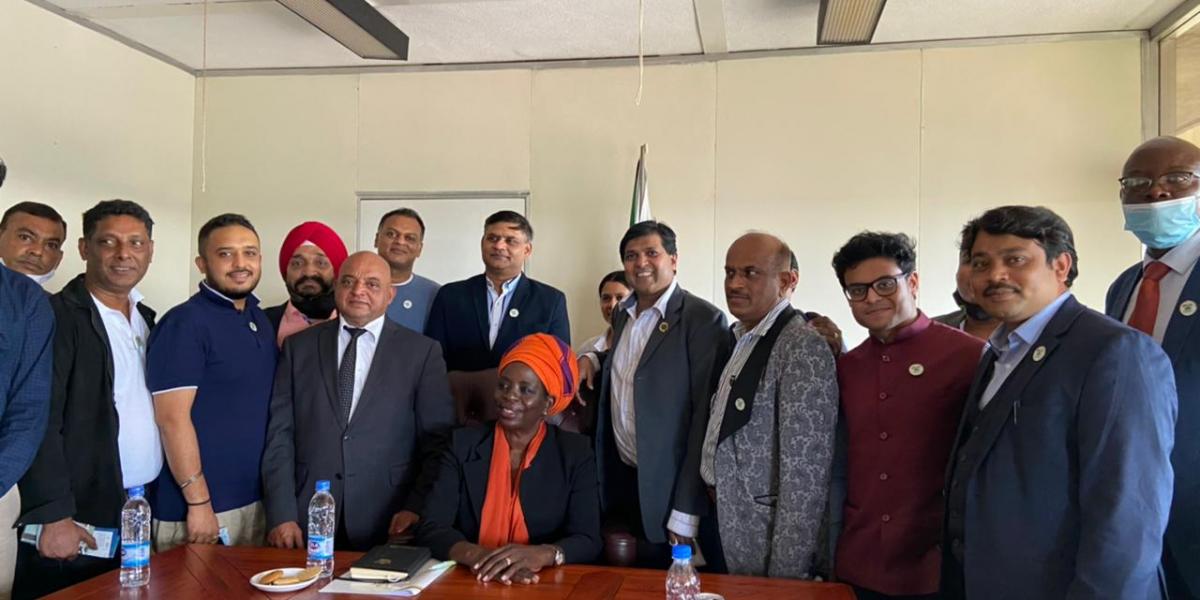 Vice President and Health and Childcare Minister Constantino Chiwenga has defended the continued defiance of COVID-19 protocols by cabinet ministers at a time when the government has put in place strict COVID-19 measures.

Recently, Industry and Commerce minister Sekai Nzenza and senior officials from her office posed for pictures with delegates from India, a COVID-19 hotspot, without wearing face masks and without observing social distancing.

But responding to questions from NewsDay on why some ministers are not observing COVID-19 protocols, Chiwenga attempted to justify the officials’ wayward behaviour. He said:

You have seen people without masks when we go for photoshoots. We take off masks during that time. I don’t think that is being irresponsible.

However, former Health minister Henry Madzorera (MDC), described the goverment as “hypocritical” for defending the reckless behaviour of senior government officials at a time when the country is staring at the third wave. Said Madzorera:

They are hypocrites. They don’t follow their own rules and you will see that at funerals. You noticed the complacency exhibited during the unveiling of the Mbuya Nehanda statue.

We said people coming from India should be quarantined for 10 days, but the delegation just came in, there was no quarantine, they posed for pictures, there were no precautions taken.

Chiwenga on Saturday announced a ban on gatherings, churches, sports and music following an increase in COVID-19 cases in the last seven days.

596 new cases and 26 deaths were recorded last week and Chiwenga has accused ordinary Zimbabweans of being complacent.