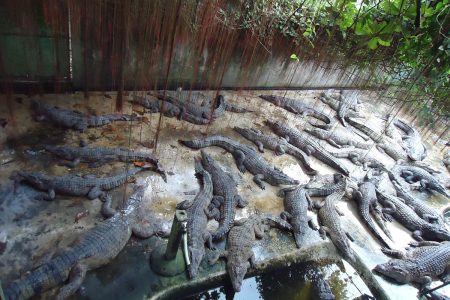 Padenga Holdings Limited plans to move its listing from the Zimbabwe Stock Exchange (ZSE) to the Victoria Falls Stock Exchange (VFEX), to raise capital in foreign currency for expansion.

The Crocodile breeder will seek shareholders’ approval at an extraordinary general meeting to be held on 2 July 2021.

According to a statement on Friday, Padenga will voluntarily terminate its listing on the ZSE in terms of Section 11 of the Listing Requirements of the ZSE and re-list on VFEX. The statement read:

The board of directors considered the termination of Padenga’s ZSE listing, with the intent to re-list the company’s shares onto the VFEX by way of introduction.

The migration of the listing from ZSE to VFEX is driven by the need to benefit from the incentives articled by the Minister of Finance and Economic Development and has not been initiated by any shareholder per se and will not prejudice minorities.

The VFEX was launched in October 2020 and so far has a single listing Seed Co.

It offers incentives such as tax breaks and assures the unfettered repatriation of funds from the country, where foreign exchange is in short supply.