At least 10 people including young children were injured after a commuter omnibus (kombi) they were in ran over police-thrown spikes and overturned along Mutare Jeff Road.

The kombi was reportedly fleeing from the police. See pictures below. 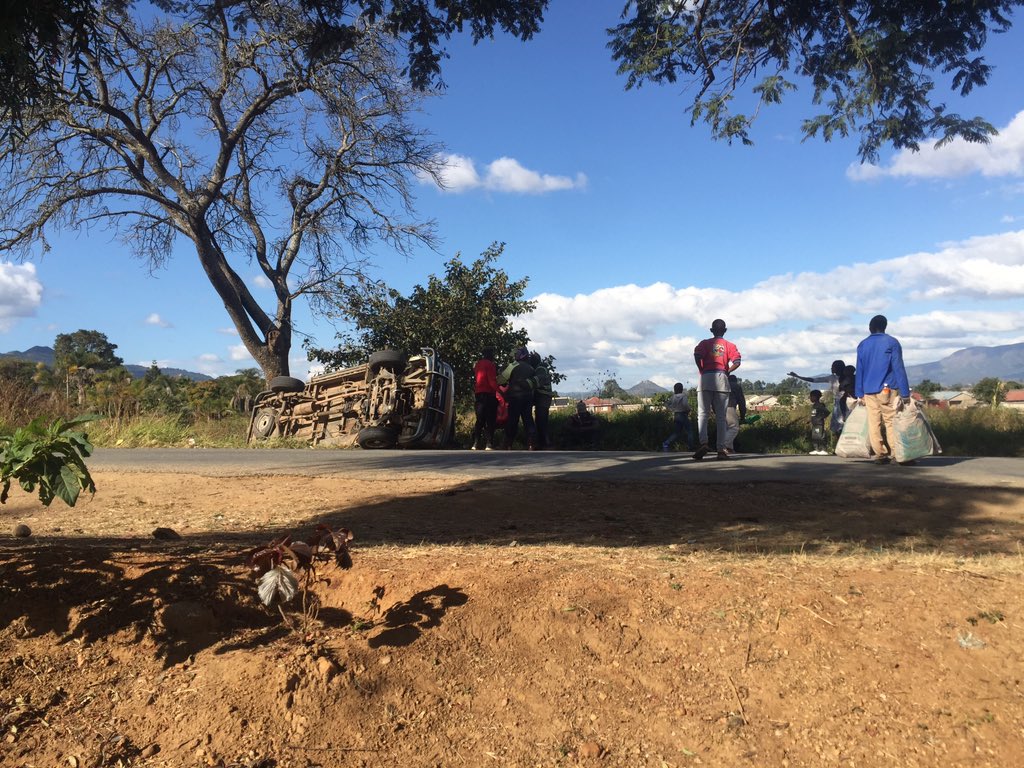 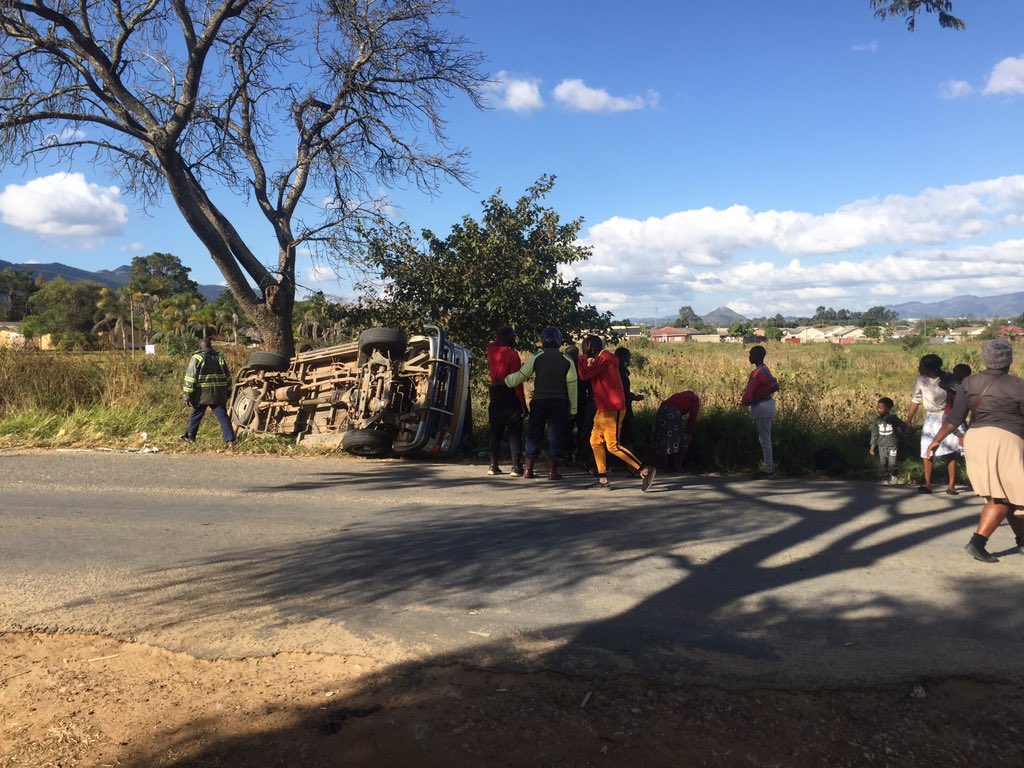 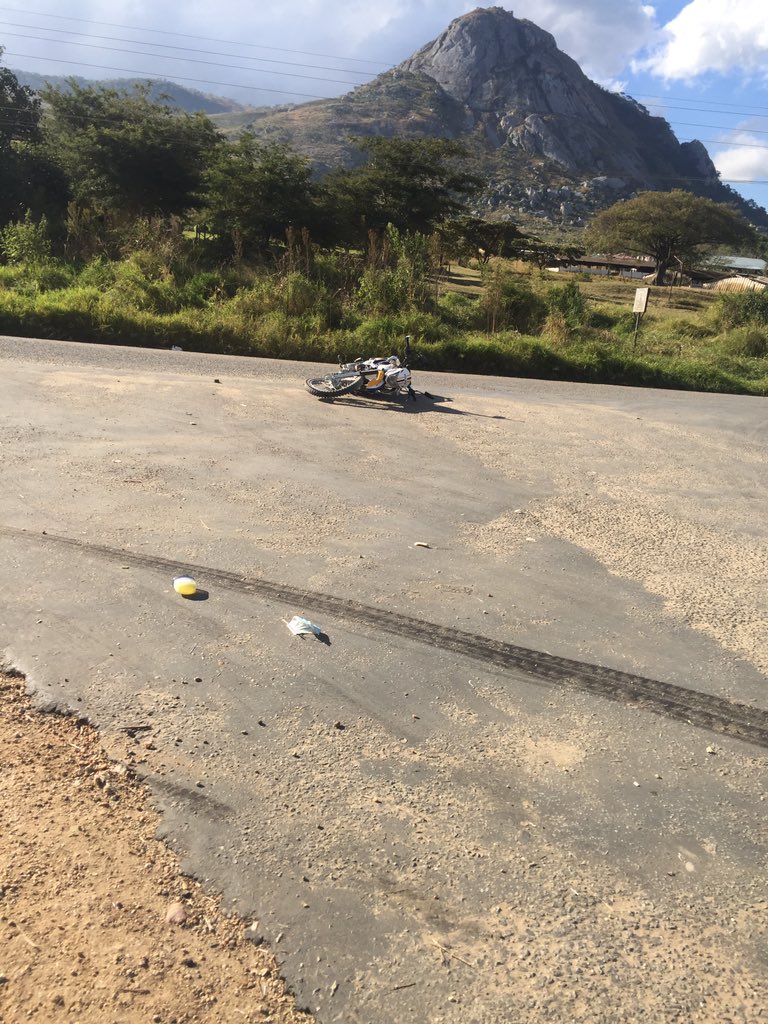 This comes barely days after another vehicle, which was reportedly speeding, veered off the road, overturned several times along Harare-Mutare highway before landing on its roof killing three people on board.

In another case, two kombis were burnt to ashes in Bulawayo after the police threw tear gas canisters into the vehicles after one of them had rammed into a stationary vehicle.

Police-Kombi crew warfare has caused many accidents and deaths.

While pirating kombis are defying laws that direct them to stay off the roads, police are failing to come up with a way to apprehend them without endangering members of the public.