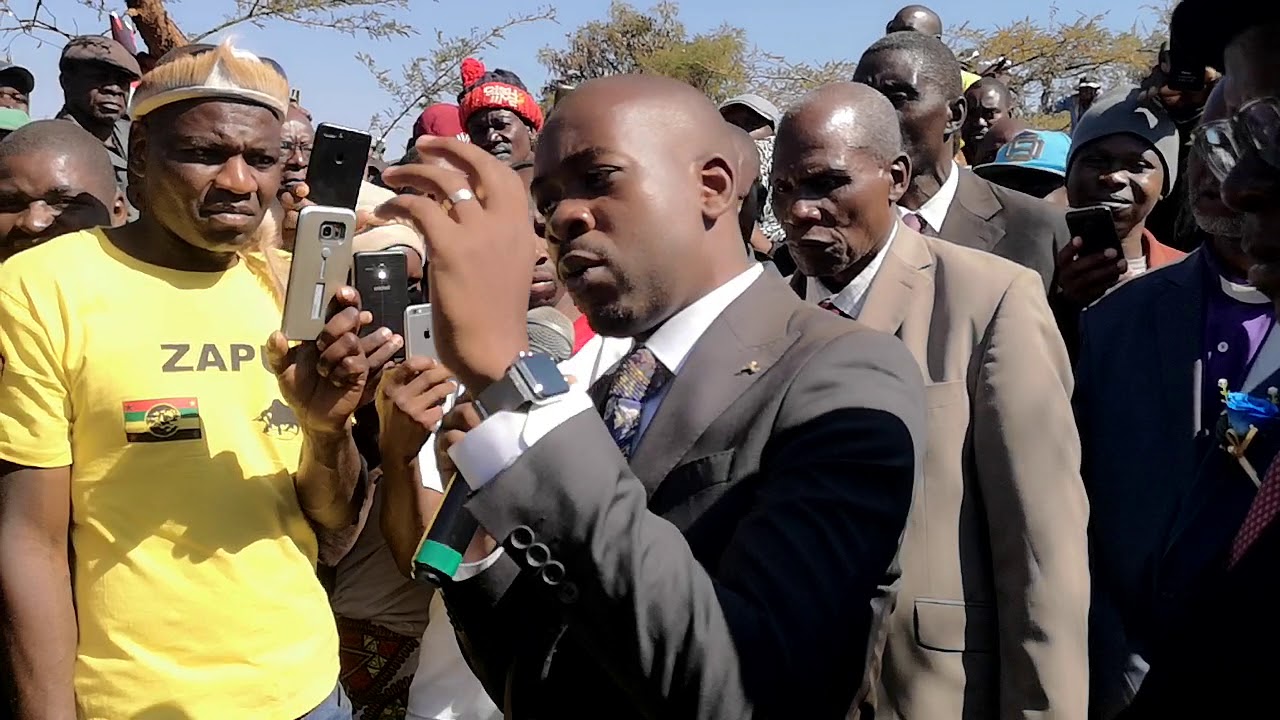 Nelson Chamisa who leads the opposition MDC Alliance has demanded compensation for MDC activists, Last Maengahama and Tungamirai Madzokere, who were wrongfully arrested and jailed in 2016.
The duo was acquitted last week after serving eight years of the 20 years it had been sentenced for allegedly killing a police officer.
Speaking after visiting the pair, Chamisa also said the government should compensate victims of the Gukurahundi massacres and the 2005 Operation Murambatsvina that rendered thousands homeless. He said:

_There is a need for them to be compensated. If it was a normal country, the government should just come and compensate them. If this government can’t do that, the MDC Alliance government will compensate and apologise to them._

_We must apologise to the victims and compensate for the victims of Gukurahundi. I apologised in Matabeleland when I went there because that’s what leaders do. A lot of people were harmed by Operation Murambatsvina and people’s pensions were eroded. A lot of people died in June 2008 and a country with angry people cannot prosper._

Speaking at the same event, Chamisa dismissed reports that he had attacked Mbuya Nehanda whose statue was erected in central Harare last month. He said:

_Some said I attacked Mbuya Nehanda. Those who worked for our liberation are our heroes and national heroines. We respect them, but we don’t idolise them. We respect them and it ends there, we pray only to God._

Chamisa also lamented that most youths in the country were abusing drugs.
More: Pindula News; NewsDay