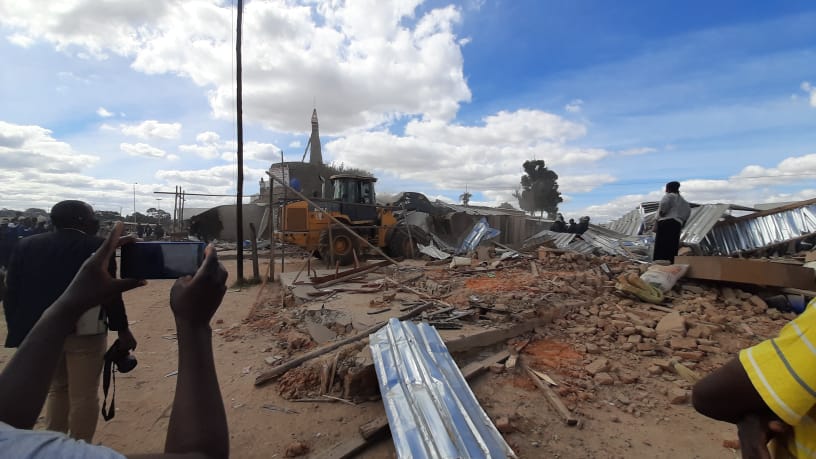 In a statement this Tuesday, CHRA said the was a need for the government to consult stakeholders extensively than move unilaterally to demolish people’s livelihoods. The statement read:

Residents are deeply concerned with the Harare City Council and Chitungwiza Municipality’s move to demolish “illegal” car sales, tuck-shops and vending sites in the Metropolitan province.

The unfortunate exercise is a result of a Government directive, which came through the office of the Provincial Development Coordinator.

Yesterday vending sites and tuck-shops were demolished a move that has been viewed by residents as a war against livelihoods.

In a statement released on the 3rd of June 2021 from the Provincial Development Coordinator for Harare Province the government of Zimbabwe decreed that “The Zimbabwe Republic Police, the Ministry of Transport and Infrastructure Development and all respective local authorities namely City of Harare, Chitungwiza Municipality, Ruwa Local Board and Epworth shall therefore enforce a Province-wide joint operation from Monday 8 of June 2021.”

Since the lockdown, the government of Zimbabwe has been ruling by decree through issuing directives to local authorities and promulgating numerous Statutory Instruments without consultation with stakeholders or citizens.

CHRA appreciates the intention to bring order and sanity to the City of Harare but condemns the process and strategies being employed by the government.

Constitutional principles must be held in both practice and decision-making. The unilateral decisions being made by the government on behalf of the local authorities is a cause for concern, especially considering that we have a constitution that clearly provides for the power of local authorities to make decisions on their own initiative.

Government should stick to its oversight role and just make recommendations to local authorities, who then have the mandate to engage with citizens.

Extreme interventions like demolitions should always be the last option after all engagement avenues have been explored.