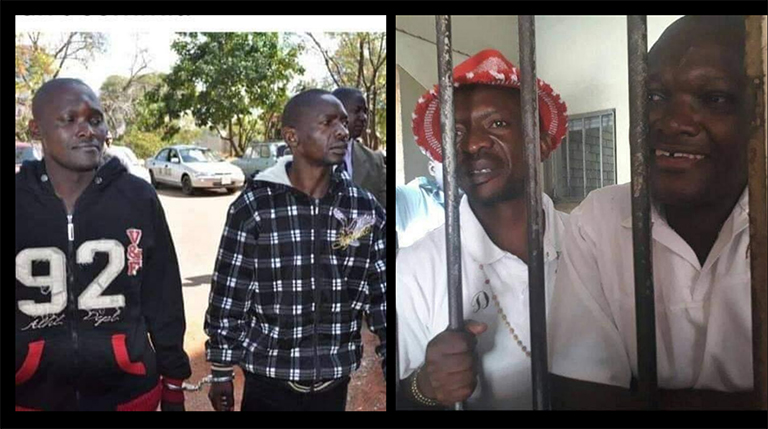 MDC activist Last Maengahama said it was his belief in God, support from relatives, party members, and his conviction for a democratic Zimbabwe that kept him strong while jailed unjustly for eight years.

The two men were charged with murdering police officer Petros Mutedza in Glen View, Harare in May 2011.

At the time of his arrest, Maengahama was a national executive member of the MDC while Madzokere was a Harare City councillor.

Speaking in an interview with NewZimbabwe.com soon after his release from prison Friday, Maengahama pleaded his innocence, saying he has never even killed a chicken in his whole life. He said:

We committed no crime. I never killed even a chicken in my life and my conscience was very clear from day one, it was just persecution because of my (political) beliefs.

On the day the police officer was killed, I was at church worshipping and of all the people, they decided to pick me and accuse me of committing murder and they even convicted me.

When (Justice) Bhunu was passing sentence, he talked as if he was doing us a favour by not sentencing us to death.

But we were innocent from day one. The evidence was there, but (Justice) Bhunu disregarded that evidence.

Mengahama said he and Madzokere were treated harshly by prison officials because they were political prisoners. He said:

It’s very difficult to be a political prisoner, we were treated differently from other inmates.

They (prison officials) see you as if you are more dangerous than all other hardcore criminals. But we thank God that today we are here.