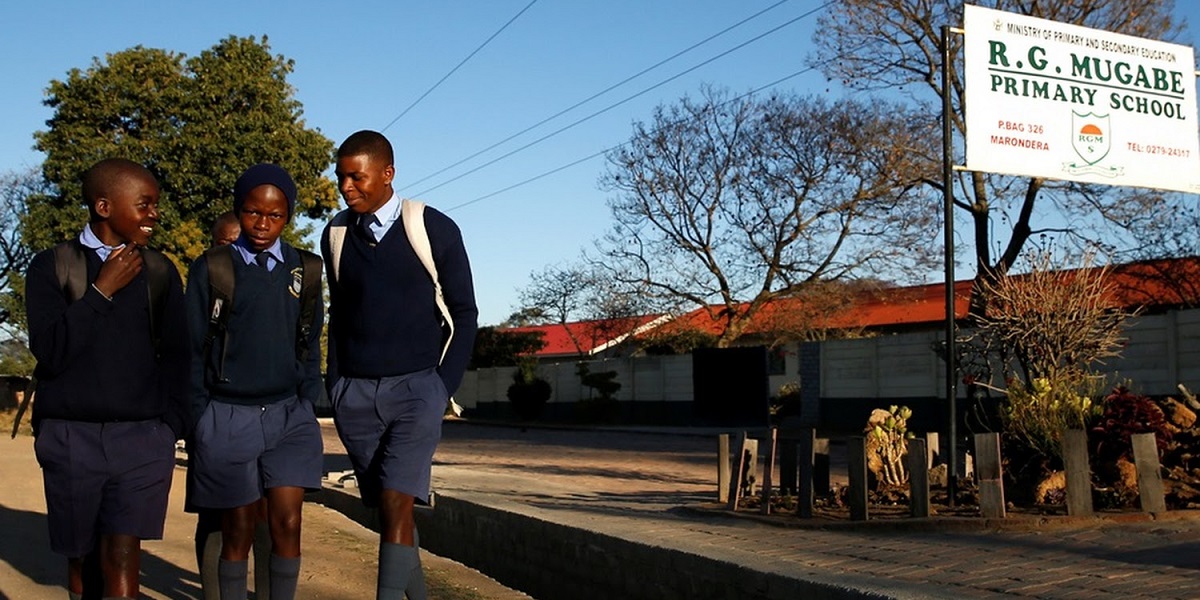 Schoolboys walk past the Robert Mugabe primary school, during the opening of the third school term in Marondera, Zimbabwe, September 10, 2019. REUTERS/Philimon Bulawayo

Officials at Robert Mugabe (RG) Primary School in Marondera have denied reports that suggest that the school has hiked school fees saying no change has been effected, yet.

There have been reports that the learning institution was raising fees willy-nilly without even consulting learners’ parents.

Speaking to Pindula News in an interview, one senior official at the school who emphasised anonymity said it was not true that the RG Mugabe school had hiked fees.

Commenting on a document that suggested that the school had raised fees from ZWL$2884 to ZWL$6560, the official:

_Your source is either uninformed or does not understand what’s really going on._

_Those figures are in a proposed budget which we presented before the parents. The figures were rejected.

_There is no way we can hike fees without seeking authority from our principals (the Ministry of Primary and Secondary Education).

The official, however, justified the proposed figures saying the money was essential for the operation of the school. The official added:

The school needs money to run. If we parents fail to pay the money, the learners will not get a quality education and that will have a negative impact on the Maronedera community and Zimbabwe at large.

Pindula News also asked the official to comment on reports that on the school’s budget, some items’ prices were higher than they were in some stores. The official responded:

_It is possible that the figures vary but they were not inflated. If there is an individual who wants to know the truth, they must come and they will be shown our quotations from formal and reputable suppliers._

_A number of factors are considered when we take quotations and these include the quality of the commodity in quesrtion. It is probably cheaper in Store A than in store B but might of lesser quality compare to that in store B so we go for the durable one, even if its price is a little bit higher._

Parents were also concerned that they paid US$15 for a trip but their kids never had any trip. The official said it was true that the school had arranged a trip adding that it was not approved. The official told Pindula News:

_We then cancelled the trip and we’re in the process of reimbursing parents their money._

The government earlier warned schools against raising fees without approval by the parent ministry.

Parents have been lamenting over the state of the economy which they said was making it difficult to raise monies demanded by schools.