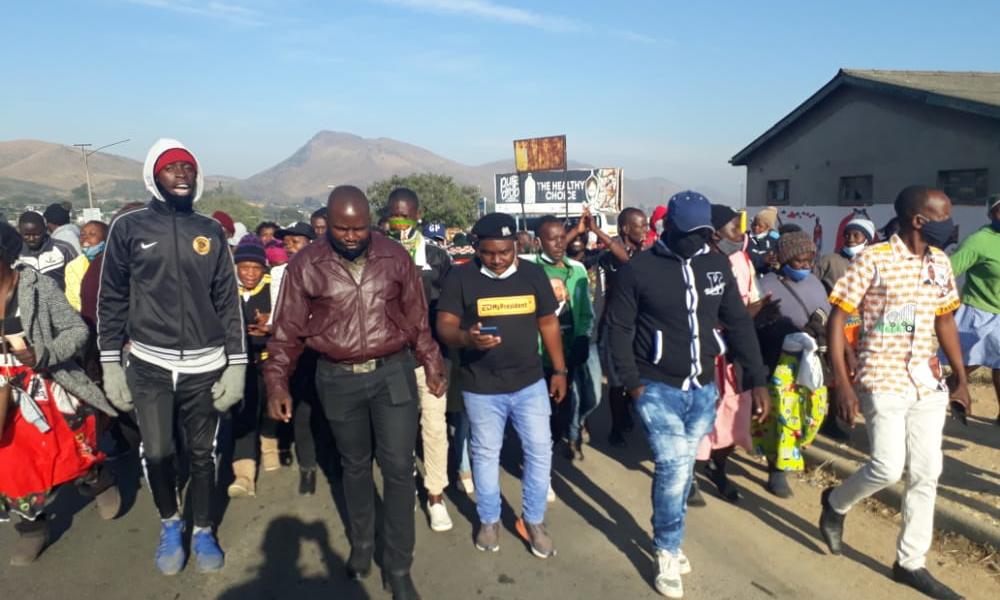 Several ZANU PF supporters were arrested in Mutare on Tuesday morning after staging an illegal march over the continuous closure of Chidzere and Sakubva flea markets.

The group had forcibly opened the two flea markets that were shut down by the local authority last year as a safety measure against the spread of the novel coronavirus.

Police in the city said more than 3 000 vending stalls at the markets were illegally parcelled out to vendors on Monday.

Riot police intercepted their procession and made arrests as the boisterous protestors marched towards the city centre, singing and waving placards.

According to Manica Post, in a brief comment on a Mutare Residents WhatsApp group, acting Town Clerk, Anthony Mutara said:

Order is very important in any society for the survival of us all.

Under the current protocols, public gatherings are only limited to 50 people. The activists are likely to be charged for breaching coronavirus regulations.

Speaking to NewsDay on Monday, ZANU PF Mutare district secretary for youths affairs Danmore Mambondiyani said that they decided to take over the sites as council was reluctant to open them. He was quoted as saying:

As the secretary for youth affairs in Mutare district, I am trying to solve the issue of vendors as reopening of the markets has dragged for a long time and we are now taking the matters upon ourselves so that these issues are addressed.

… We have been engaging Mutare City Council over the opening of these vending sites and they were just reluctant to do so.