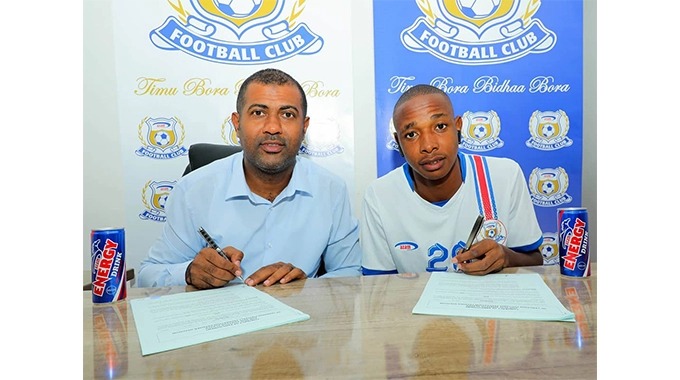 Azam announced Dube’s contract extension on Tuesday and declared that they had no intentions of selling the striker anytime soon. The club said in a statement:

We are excited to enter a new two-year contract with our Zimbabwe international striker Prince Dube. That contract will make Dube continue inside the Azam Complex until 2024.

Dube, whom we signed this season, has been our key player so far and is our leading scorer in the Mainland League with 14 goals, and apart from that, he has managed 17 goals for the team in all competitions, with the other three coming in the FA Cup.

Fear those liars outside there, Dube is going nowhere, he is here at Azam Complex.

Highlanders sold Dube to Azam in August 2020 for a reported US$50 000 fee and inserted a clause in the deal that entitles them to 30 per cent of the amount the Tanzanian club sells him for.

Azam sit third on the league table with 60 points with four games left while Simba are left with nine games and lead the pack with 64 points.

One Comment on “Prince Dube Pens Contract Extension With Azam”