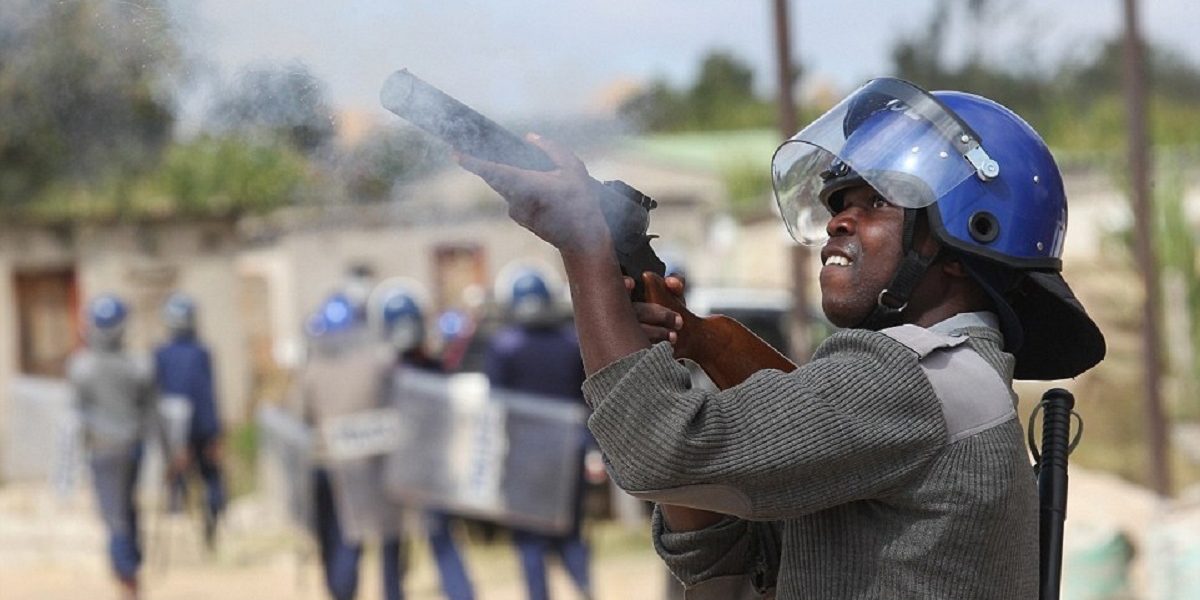 Bulawayo residents have called on the Zimbabwe Republic Police (ZRP) to adopt a shoot-to-kill approach in dealing with the increase in armed robberies in the city.

Residents who spoke to Chronicle said they are now living in fear of being attacked by armed robbers and police should not hesitate to use maximum force as the robbers also carry guns.

Marry Dzowa (62) from Matsheumhlope suburb said shooting armed robbers would act as a deterrent to others with similar thoughts. She said:

I personally do not believe in shooting to kill as it ends up taking the innocent ones. But truly speaking the police are now supposed to be allowed to shoot and kill especially armed robbers and murderers.

We are now living in fear wherever we are. These robbers are very young and are robbing using guns so I think he who is holding a gun must fight with someone with a gun.

Another resident who declined to be named said it is time courts stop issuing bail to armed robbers. Said the resident:

While we understand that everyone is innocent until proven guilty, maybe courts should consider not giving bail to armed robbery suspects.

We have had incidents where the community would be happy upon the arrest of someone, but a few days later the same person would be seen roaming the streets after being granted bail.

Police can arrest suspects but if they are given bail, they can still commit crimes. You might discover that we are having the same rogue criminals making our lives difficult.

And if worse comes to worst, police should just shoot to kill, in other countries they do it.

Jenothi Ncube (57) from Selborne Park said it will take the whole society to effectively deal with the spike in armed robbery cases. He said:

We are the ones to blame for what is happening. Police are working very hard to uproot these elements but as long as we are feeding these criminals, accepting food or money from our children who are not involved in any economic activity, this is exactly what we are going to reap.

We will continue having criminals because it’s us who hide them. Before we even think of harsh measures by law enforcement agents, what are we doing to curb the crimes ourselves?

Two weeks ago, a woman was killed after being shot twice in the head during a robbery at a liquor store in Ascot.

Last week robbers seized money from a cash-in-transit vehicle picking up cash from a Choppies Supermarket in Parklands. The van had cash boxes picked up from six other Choppies outlets.