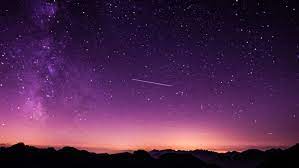 A woman from Mutare’s Sakubva suburb who had a child strapped on her back bravely fought a robber who sought to snatch her handbag.

During the scuffle, the suspect dropped his cellphone which was eventually used by police detectives to track him down.

Dzaramba reported the matter at Sakubva Police Station and officers quickly responded and used the cellphone to track Gonouya down.

Using contacts in the cellphone, detectives called Gonouya’s wife who unknowingly revealed up their residential address.

A visit to the given address was made and Gonouya was arrested while relaxing with his family in Natview Park.

He said on the day in question, Dzaramba was about to cross St Joseph’s Bridge on her way to St Joseph’s Centre when she found out that Gonouya was following her. He said:

Gonouya suddenly grabbed Dzaramba’s handbag and tried to snatch it. However, he failed. A fight broke out as the complainant wrestled with the suspect while tightly holding on to her bag.

Dzaramba fell on the ground and Gonouya continued to wrestle with her until the handbag was torn.

During the fight, Gonouya allegedly grabbed Dzaramba’s cellphone and bolted from the scene.

He, however, dropped his own cellphone and Dzaramba picked it up and took it to ZRP Sakubva where she reported the case under number RRB4676071. Added Insp Chananda:

With vivid memories of the spirited fight she waged against Gonouya, Dzaramba positively identified him as the person who had robbed her of her mobile phone.

A search was conducted at Gonouya’s place of residence and the stolen cellphone was found stashed between some farm bricks.

Dzaramba sustained bruises during the fight and was referred to Victoria Chitepo Provincial Hospital for medical examination.