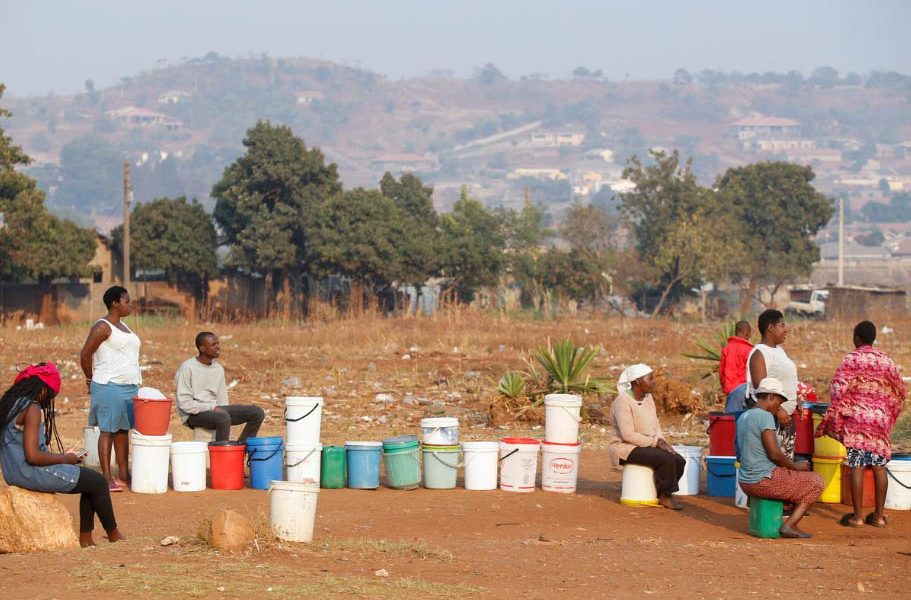 Crisis … Locals wait for their turn to collect water from a borehole in Warren Park, Harare, September 24, 2019 (REUTER)

Harare residents have been warned to brace themselves for acute water shortages in the near future as City of Harare if failing to acquire adequate water purification chemicals.

Harare City Council said that it needs to find other sources of chlorine gas for use in water purification, as its usual supplier is failing to meet demand.

On average, the city fathers require 16 tanks per week, but last week they only received four.

The shortage reduces volumes of water that is produced and the problem is already upon us.

City of Harare spokesperson, Michael Chideme says the shortage is likely to be felt in the long run if it is not addressed.

If we do not have chlorine gas, it means we are reducing the amount of water that we are treating.

We understand there are problems in South Africa with the manufacturer so our supplier is always having problems in accessing frequent amounts of chlorine gas which is directly affecting the city of Harare.

3 comments on “Harare Residents Told To Prepare For Water Shortages”