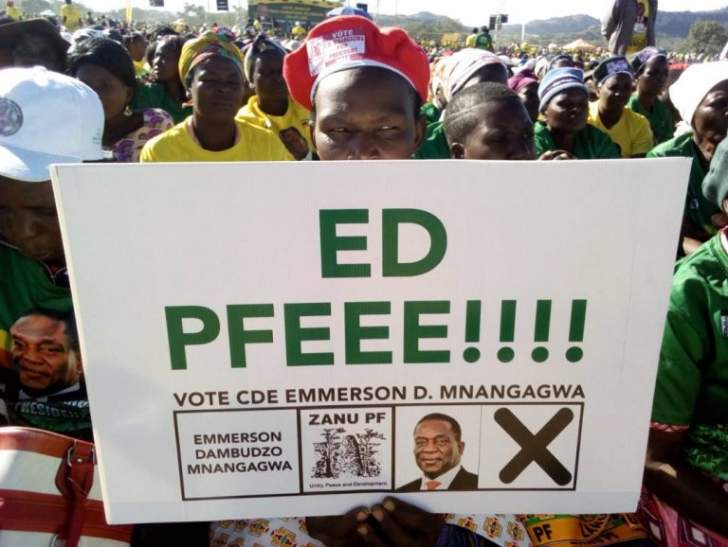 The ruling ZANU PF party has begun to popularise its new slogan for its presidential candidate, President Emmerson Mnangagwa, in preparation for the 2023 elections.

In 2018, ZANU PF campaigned with party supporters chanting the slogan “ED Pfee”, but now it has been changed to “#2023 Five Million Votes ED Pfee”.

Addressing the delegates, Madanha said the province is expected to deliver 800 000 votes towards the attainment of the 5 million votes needed by the party to win the elections. Said Madanha:

We are hands-on in mobilising people to join ZANU PF so that we meet the intended targets. As a province, we are expected to deliver 800 000 of the needed five million votes.

We are past that time where we despise others in the party, rather we need unity. We condemn those with that behaviour of labelling others as belonging to certain factions. We need to unite and fight in harmony to achieve the 2023 election votes.