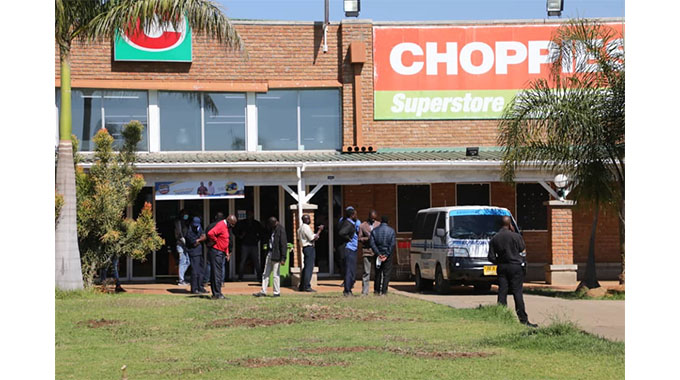 Police in Bulawayo are on Monday expected to hold a meeting with local business to strategise on how to deal with armed robberies that have become rampant in the city.

This comes after high-profile robberies have been recorded in the city over the past few weeks.

A cashier at a liquor store was last week on Saturday shot dead during a robbery, and six days later a gang of armed robbers hit a cash-in-transit security company at Choppies Supermarket, getting away with seven trunks full of cash.

Residents have called for a shoot-to-kill approach to contain the situation, while police believe there could be security gaps from the business sector that are being taken advantage of by robbers.

The meeting would be attended by representatives from sectors such as private security, banking, retail including butcheries, mining and industrial sector. Said Insp Ncube:

We are organising a meeting with the business sector to discuss the rise of armed robbery cases.

We have observed that there could be some security gaps from the business sector which play to the advantage of the robbers.

Hence, the meeting is aimed at engaging the key players in the business sector and we invite leaders of their associations to a meeting which we are going to hold on Monday 31 May.

Business Against Crime Forum of Zimbabwe secretary-general Reggie Sibanda said the business sector welcomes the meeting as it aims to tackle one of the most critical issues at hand.

🧱 Building Material Available in and around Harare
US $125.00 Harare
Web Hosing Services
US $2.50 Bulawayo