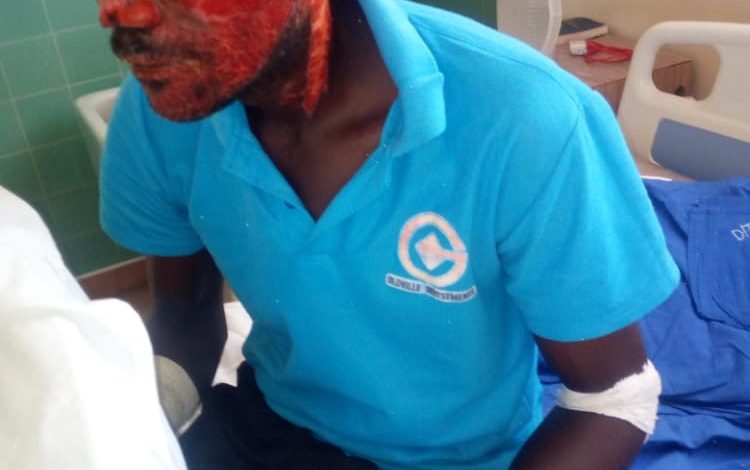 A Hwange man who was severely burnt when a gas battery exploded on him at a Chinese-owned mine fears he may never be able to work again due to the severity of his injuries.

Tobias Muleya (43) who is employed by coking coal producer, South Mining, was injured on 29 April this year and was rushed to Hwange Colliery Company Limited (HCCL) hospital.

He was admitted to the hospital for a day before the company ordered his release, saying it did not have money to pay for his hospital and medical bills. Muleya told CITE:

I was on night duty when this happened and to recall what happened after that has been difficult for me.

The gas was extremely hot and I was burnt on the face, arms, stomach and legs and because of that, l am no longer able to fully take care of myself.

My body is still in the healing process so my wife and relatives are doing everything for me.

However, Muleya was taken back to the same hospital after the intervention of the Zimbabwe Diamond and Allied Mineral Workers Union and the National Social Security Authority (NSSA).

The two organisations pressured the Chinese owned company to take care of his bills including medication, examination and hospitalisation.

Muleya was discharged from the hospital on Monday this week, although he is still on regular checks.

Efforts by CITE to trace the mining officials to comment on the matter were fruitless as South Mining general manager Chenji Li was out of reach.