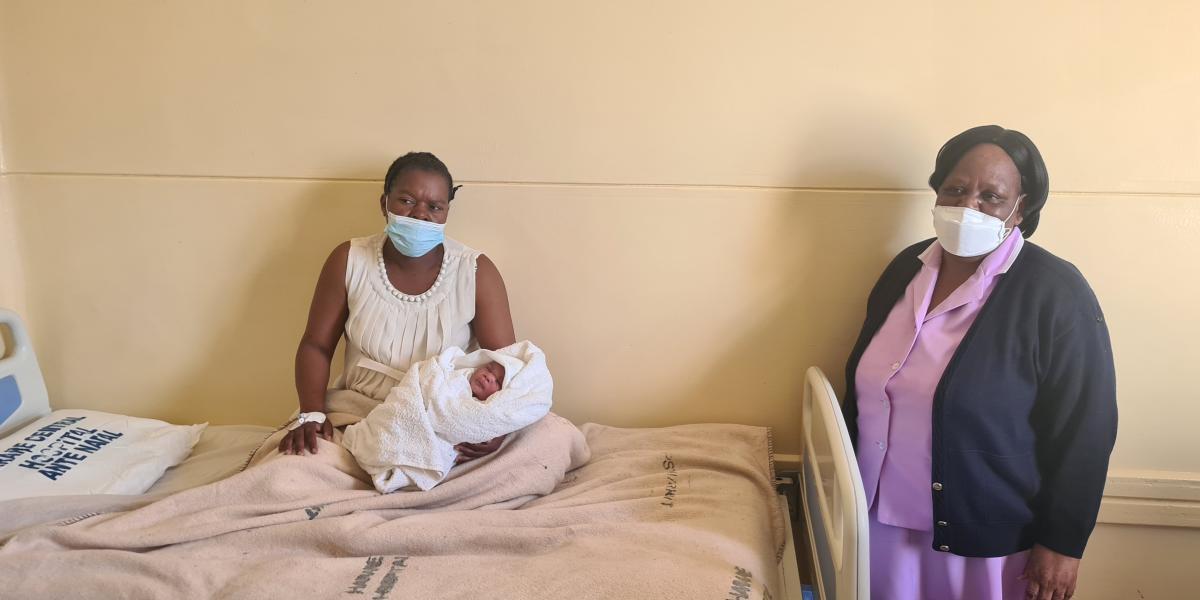 The number of caesarean operations at Sally Mugabe Central Hospital Maternity wing has shot up by 100 per cent following the renovation and re-equipping of theatre 1 by financial services institution, Stanbic Bank last month.

Sally Mugabe Maternity Ward Matron Senior Nursing Officer Dade Gertrude Pedzisai said the Maternity ward was now able to complete all its caesarean section elective list as well as attend to all emergency operations from all over Harare thanks to the inspired donation by Stanbic Bank.

Sister Pedzisai said when the ward was operating with only one theatre, the number of births hovered around 30 per week but they had now shot up to over 60 with every case now being attended to whether emergency or pre-booked. She said:

When we had one theatre operating we had a challenge completing our caesarian section elective list and if there was an emergency referred from anywhere we would attend to it first and push the elective list to later and this was a drain on our emotions because we would have to postpone procedures that needed to be done.

Now with two theatres functional we are working 24/7 and are able to complete our elective lists from morning until around 4 pm then attend to emergencies.

She said while the numbers of births had shot up, the most significant aspect of having two functional theatres was that all caesarean operations were now being attended without having to turn down others or even cancelling them due to having one theatre.

Sister Pedzisai said Antenatal Care (ANC) consultation clinics are now being held daily due to the fact that two theatres are operating with all five doctors now coming from Monday to Friday as per their schedule unlike previously when two or fewer consultations were held per week. She added:

The re-quipping of theatre one by Stanbic Bank has definitely led to a big reduction in the loss of life and the number of patients is also growing and we get satisfaction in providing care for women in Harare with high-risk pregnancies with the help of the best surgical facilities we can for the women who require our care. This donation has helped improve the patient pathway and experience.

Stanbic Bank Head of Brand and Marketing Palmer Mugavha said it was pleasing to hear that the institution had made a significant contribution that helped bring and preserve life.

Mugavha said when Stanbic Bank crafted USIZO-RUYAMURO, it sought to achieve sustainable and tangible results as were being experienced at the maternity ward in mind.