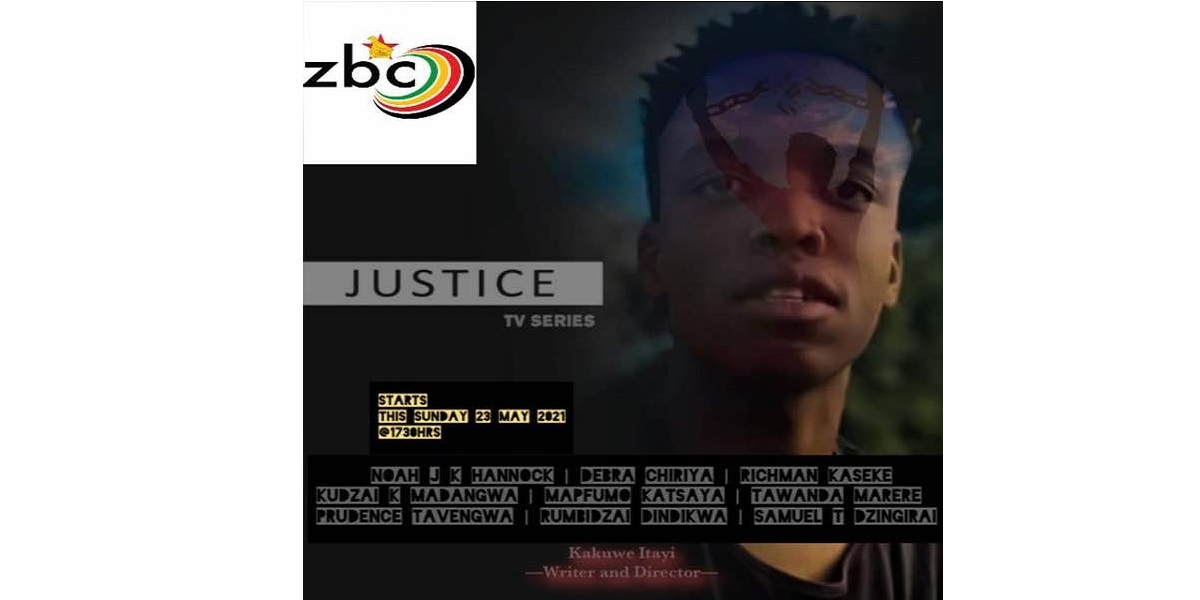 Justice, a crime drama series, which covers the ordeals of Rodney “the main character” who was wrongfully accused of committing horrible crimes, is airing every Sundays at 17:30hrs.

The series also features actor Kudzai Kizito Madangwa who made his sensitisation in 2020 by his first appearance in the popular ZBC local tv series Chipo as Spencer.

Justice was written by the NAMA award-winning director and scriptwriter Itayi Kakuwe whose track record back dates to the early 90s when he began to write stories for drama.

Under his name are other popular TV dramas such as Maoko Matema, Zvirimudzimba, The Newspaper and many more.

Justice is a fast-paced series and has a lot of suspense, a lot of twists and turns and is also a soul-touching series.

The director believes it is the best series for the moment and is hopeful he will clinch another NAMA in the name of JUSTICE.