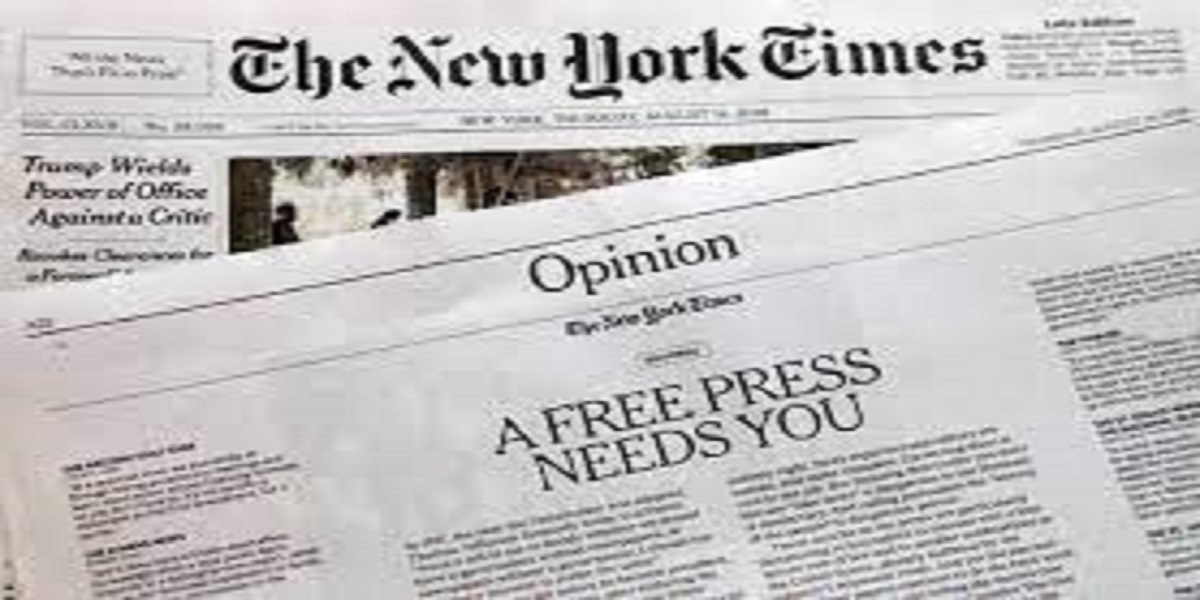 The Secretary of Information in Zimbabwe, Nick Mangwana has said press freedom rights have been waivered for New York Times journalist, Jeffrey Moyo who was arrested on allegations of facilitating an unlawful reporting trip for two foreign journalists from the US-based newspaper.

Moyo was arrested in Harare on Wednesday and charged with violating the Immigration Act after allegedly presenting false information to authorities to help his colleagues into the country.

His arrest has resulted in many stakeholders calling for the immediate release of the journalist while The New York Times said on Friday it was “deeply concerned” over the arrest of its Zimbabwe correspondent. Responding to calls for the journalist’s freedom, Mangwana said:

_If a Zimbabwean journalist gets involved in people smuggling and or the corrupting of officials through payment of bribery & they are arrested, there are no Press Freedom issues there. The law is blind to how you earn your living._

Moyo, 37, is also accused of securing fake accreditation cards for his colleagues from the Zimbabwe Media Commission (ZMC) after conniving with an official from the regulatory body Thabang Farai Manhika, who is also in custody. Speaking on the arrest of its Zimbabwean correspondent, The Times said:

_We are deeply concerned by Jeffrey Moyo’s arrest and are assisting his lawyers to secure his timely release,” The Times said in a statement._

_Jeffrey is a widely respected journalist with many years of reporting experience in Zimbabwe and his detainment raises troubling questions about the state of press freedom in Zimbabwe._

Moyo and Manhika appeared before Bulawayo magistrate Rachel Mukanga for a bail hearing on Friday with prosecutors arguing that they were not eligible for bond as they had breached national security.

The two visiting New York Times reporters Christina Goldbaum and João Silva were ordered out of the country four days into their trip after flying into Bulawayo on May 5 to report on the situation in Zimbabwe.

Authorities told them that their accreditation credentials had been obtained without approval from the information ministry.

Moyo’s lawyer Douglas Coltart complained in court that his client had been subjected to inhumane conditions at Bulawayo Central Police station where he was thrown into a crowded and stinking cell with 18 other detainees.

He had been stripped of warm clothes and left at the mercy of frigid temperatures, Coltart said.

The Committee to Protect Journalists, a New York-based advocacy group, accused Zimbabwe of continuously violating the right to press freedom and the public’s right to know, and called for Moyo’s immediate release.

Moyo, who is based in Harare and has a wife and 8-year-old son, has also done work for a number of other news outlets, including The Globe and Mail of Canada.