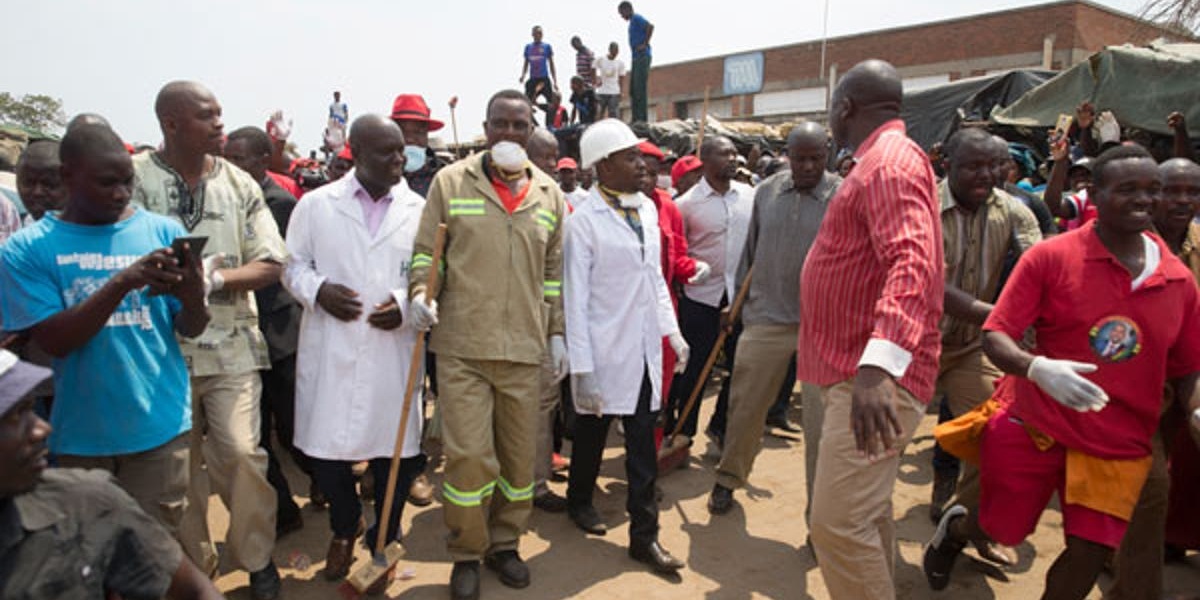 Opposition MDC Alliance led by Nelson Chamisa has resumed clean-up campaigns after shelving the initiative he had launched in 2018.

On Friday, Chamisa resumed the campaign in Mbvuku in Harare and the initiative is now called Tsvaira/Thanyela Zimbabwe Campaign. Speaking after the launch, Chamisa said:

_Today I made an unannounced visit to Mabvuku suburb & joined the Tsvaira/Thanyela Zimbabwe campaign. I was so humbled by the love & excitement. Hardship can’t even take away people’s hope. A clean environment is first an individual effort as it is a community convergence effort._

Speaking at the event, Chamisa challenged party leaders, including recalled councillors and legislators to show leadership through community-based development programmes. He said:

Some accused Chamisa of imitating President Emmerson Mnangagwa who declared in December 2018 that the first Friday of each month will henceforth be a National Clean-Up day. He said back then:

_In the spirit of creating a clean, safe and healthy environment, it shall be the duty of every individual, corporate body, community and institution to clean up their surrounding areas, places of work, religion, education, recreational and residential premises, vending sites, car parks and road servitudes._

In response to claims that he was imitating Mnangagwa, Chamisa said the party was not introducing clean-up campaigns but was actually resuming after starting in September 2018. He said:

_JUST FOR THE RECORD.. We started the cleanup campaign in 2018. So I wonder why some think we are reactive when we resume and continue this prog. We only stopped on account of the COVID -19 induced break. Our environment is our collective duty. Blessed Sabbath dear friends._

The issue of garbage has been a cause for concern in towns as local authorities have been failing to collect garbage regularly. This has resulted in the mushrooming of undesignated dumping sites around towns.