Seventeen (17) Supreme Court and Constitutional Court judges Friday made an appeal against a High Court ruling that nullified the extension of Chief Justice Luke Malaba’s term of office. The appeal, at the Supreme Court, disqualifies the same judges from hearing their own matter. Pindula News presents below the list of the 17 judges that made the appeal.

They argue that the High Court had no power, authority or jurisdiction to set aside or otherwise curtail or challenge the exercise of either legislative power or executive authority by the Legislature and the Presidency respectively in the circumstances, and

3.5. The Court a quo does not have the jurisdiction to issue a determination whose effect is to impugn the conduct of the Parliament and or the President of Zimbabwe.

6. The Court a quo erred and misdirected itself at law in failing to find, as it should have, that the continuation in office of the Chief Justice, Deputy Chief Justice and Judges of the Constitutional and Supreme Courts beyond the age of 70 years was lawful and did not amount to an extension of the term of office, and consequently did not trigger the operation of Section 328(7) of the Constitution of Zimbabwe. 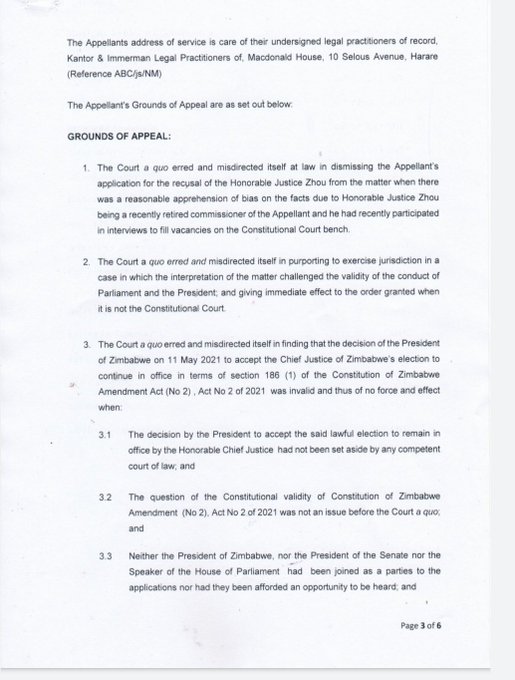 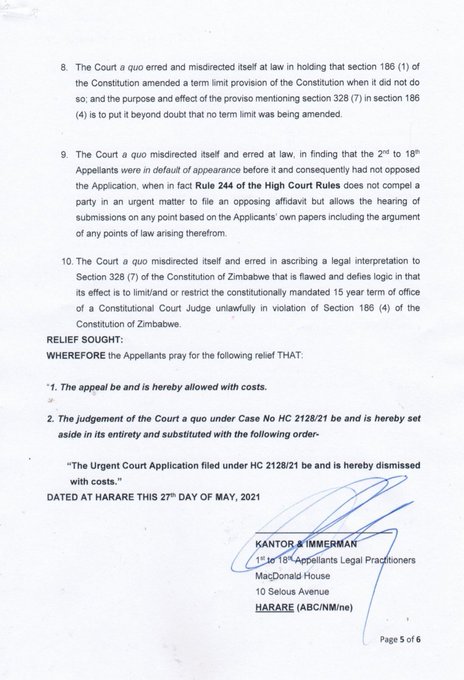