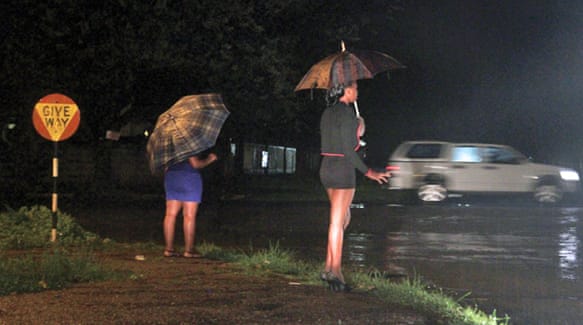 The Zimbabwe Congress of Students Union (ZICOSU), a students body sympathetic to the ruling ZANU PF party, has dismissed as false reports claiming that some female students at Bindura University of Science Education (BUSE) and Zimbabwe Ezekiel Guti University (ZEGU) have resorted to sex work to raise money to pay rent and tuition fees.

In a statement, ZICOSU National Secretary-General Kudzai Nyoka and National Information & Publicity Deputy Secretary-General Bitton Ridgewell said the reports are false and meant to tarnish the reputations of the two universities.

Pindula News is publishing ZICOSU’s statement in its entirety below:

The Zimbabwe Congress of Students Union notes with grave and deep concern a gratuitous article circulating in sections of the media particularly online publications and social media, casting aspersions on the girl child notoriously purporting that female students hailing from the two main Mashonaland Central tertiary institutions (BUSE and ZEGU) are resorting to vices of sex work with an absolute goal of raising rental and tuition fees.

This article is apparently aimed at negating the good and palpable reputation of the two tertiary institutions and the girl child at large.

We would like to vehemently assure the public that these allegations are devoid of the truth and are totally contrived.

Furthermore, there is absolutely not even a single shred of evidence to buttress the allegations. The Zimbabwe Congress of Students Union further reiterates that Mashonaland Central Province prides itself as an epitome of Excellency with a magnificent reputation of producing disciplined female graduates who absolutely believe in hard work and who are not shy of seeking proper channels to address financial constraints in advent times of financial incapacitation.

As the Zimbabwe Congress of students’ union, we respect the right to freedom of expression but however in light of the above, the allegations are unfortunate and unjustified.

Be that as it may, the Zimbabwe Congress of Students Union will not allow the reputation of the girl child to be incinerated.

Our thoughts and prayers are with the girl child during these tough and torrid times of reputation assassination.