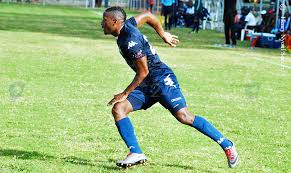 Ngezi Platinum Stars Football Club captain, Qadr Amini, said he was elated after they opened their Chibuku Super Cup campaign with a 3-1 win over Triangle on Sunday at Mandava Stadium in Zvishavane, but his teammates should guard against complacency.

The Mhondoro-based team won the Chibuku Super Cup in their maiden Premiership season back in 2018 and are fighting to take back their crown five years on. Said, Amini:

I am very happy with the three points we have collected against a top and highly competitive team.

It was always going to be a tough call, to open the campaign against such strong opponents and, for us to have come out victorious, speaks volumes of our capacity…

The fact that we have beaten Triangle means that we have what it takes, but we should not get carried away for we may run the risk of overestimating our strength and be suicidal by so doing.

Ngezi Platinum are in Group 4 which is based in Zvishavane, Midlands Province, alongside Triangle, FC Platinum and Whawha and according to Amini, it is one of the toughest groups. He said:

This is a tough group we are in. It’s a group of the giants, FC Platinum, Triangle and even WhaWha, who cannot be underrated, just because they didn’t have a good day in the office in their opener.

We need to know that every team wants to win and it will be suicidal for us to think that, because we have started on a high, we will be able to post good results.