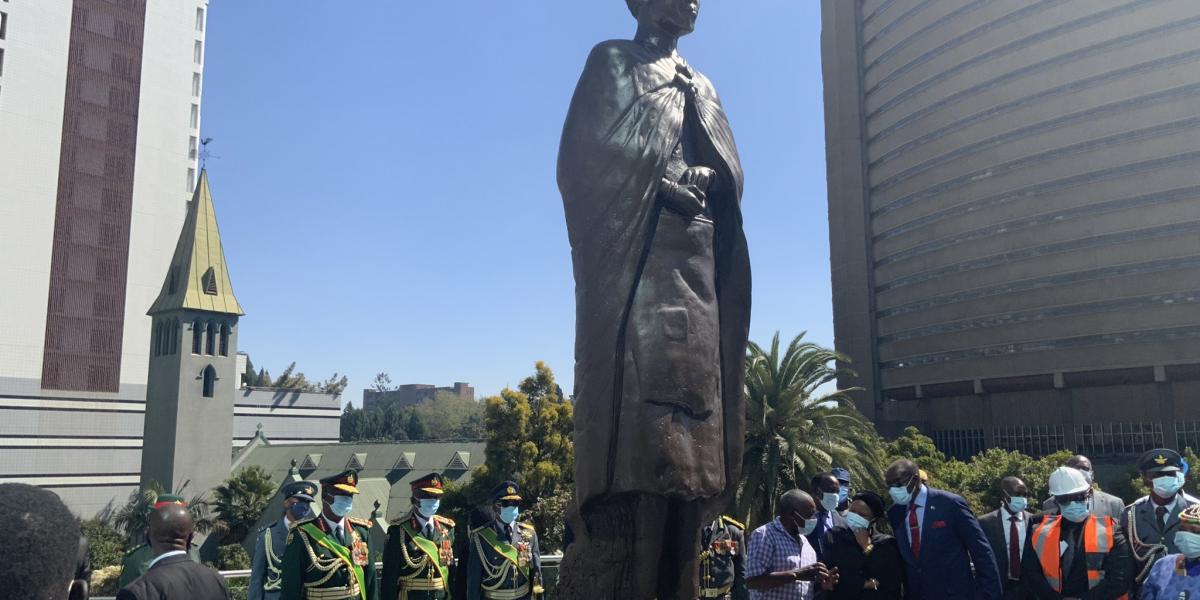 Mudede (70) was arrested on Wednesday and subsequently taken to court charged with theft. He is out on free bail.

Mawarire asked why Mudede was only arrested recently when the alleged offence was committed nearly two decades ago.

The journalist-cum politician, who was the late former president Robert Mugabe’s close ally, also challenged President Emmerson Mnangagwa to exhume the remains of his father buried in Zambia and bring them home for a “proper” reburial before pushing for Mugabe’s exhumation. Mawarire wrote on Twitter:

Zimbabweans, have u ever wondered why former Registrar Gen Tobaiwa Mudede was arrested & arraigned before the courts last week? Well, Mudede is a Hwata, a Mhofu, a close relative of Charwe (Mbuya Nehanda medium) & was against the erection of Charwe’s statue without the consent of the Hwata family.

In anger, Idhii & Gen Racto reacted by having Mudede arrested for some alleged theft that happened 20 or so years ago. That’s how far the Junta-PF will go in pushing for their occultic shenanigans.

It’s quite clear that they left no stone unturned in their quest to erect that statue & do rituals during the ceremony. In the same way, they bulldozed over family concerns in their bid to erect a statue for Charwe, they are riding roughshod over Mugabe’s family in their attempts to exhume his body & do rituals at some supposed reburial at Heroes Acre.

But what I want to ask Pres @edmnangagwa & @nickmangwana is why should ED prioritise exhuming Mugabe when ED’s father lies buried in Mumbwa, Zambia? When is @edmnangagwa going to exhume his own father who is buried in a foreign country in order to ‘properly’ bury him in independent Zimbabwe?

Hasn’t Pres Mnangagwa told us about how his father fought colonialists in Southern Rhodesia until he had to be deported to Zambia?

So why should we have such a gallant son of the soil lie buried in a foreign land he was banished into by the racist colonial govt of the time?

Doesn’t it make sense, Cde @edmnangagwa, that you prioritise the exhumation & reburial of your father in independent Zimbabwe, even at the Heroes Acre, for out of his loins came forth our esteemed President?

President @edmnangagwa, doesn’t charity begin at home? Why would you want to exhume President Mugabe against the wishes of his children when your own father lies undisturbed in Zambia?

Surely, President @edmnangagwa, if u want people to respect you, stop suspecting there are some ulterior motives pushing you to exhume RGM or erect Charwe’s statue against the wishes of the two’s close family members, you should go ahead & exhume your father from Zambia and properly bury him in independent Zimbabwe?

I am asking as a genuine peace-loving Zimbabwean who understand the history of this country & its people.