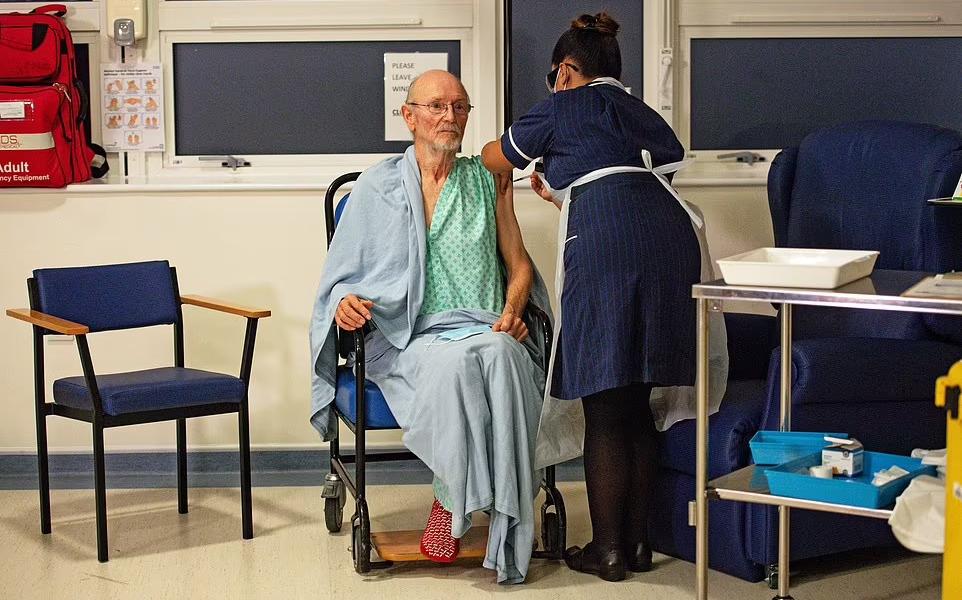 William Shakespeare, the first man in the world to have an approved Covid jab, has died in hospital after a long illness

The first man in the world to receive an approved COVID-19 vaccine, William Shakespeare has died.

Shakespeare has died aged 81 at University Hospital Coventry and Warwickshire from a long illness unrelated to the novel coronavirus.

Bill, as he was known, made global headlines on so-called V-Day on December 8 when he received the Pfizer/BioNTech jab at the University Hospital Coventry.

The former Rolls Royce employee and parish councillor passed away last Thursday after a period of illness at the same hospital where he famously received his vaccine.

He leaves behind his wife Joy, their two adult sons and grandchildren.

When he received the Pfizer jab last year he had been an in-patient at the hospital’s frailty ward. He said after getting the historic drug that it was ‘wonderful’.

Shakespeare was the second person to get an approved vaccine after Margaret Keenan, 91, got hers at the same hospital moments earlier.

Both received the American-made Pfizer vaccine, which became the first jab candidate to seal approval for mass use by regulators in the UK in December.